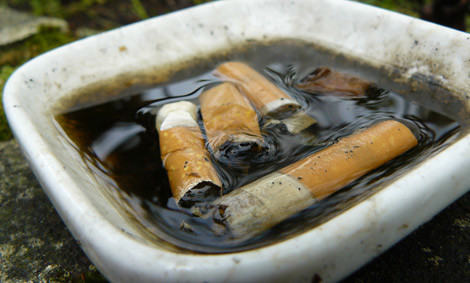 Image by stock.xchang user guchyImage by 20080812smoke.jpg When it rains, it pours: Isle of Palms is on track to be the newest kid in the no-smoking club.

As Isle of Palms moves closer to a ban on lighting up in the workplace (emphasis: no more smoking in bars or restaurants), Mayor Mike Sottile says businesses should regulate themselves. City Council took up the issue in a special session last night.

Read more about local smoking bans on our topic page.Despite the mayor's opposition, Council voted 5-4 to ask the city's lawyer to draft up an ordinance to that effect. As in other communities nearby (Charleston, Sullivan's Island, Mount Pleasant ...) that have recently banned smoking in workplaces, the debate falls along the lines of health and safety vs. self-determination. These days, the health and safety argument seems to be the one that's winning pretty much everywhere. (Has there been a case where a smoking ban proposal didn't pass? ... OK, there was Folly Beach back in May. Those crazy liberals ...)

Live 5 News can give you the basic idea:

The Mayor of Isle Of Palms says businesses should regulate themselves, and Council shouldn't tell business what they should and shouldn't do. Mayor Mike Sottile says this means they shouldn't enforce a smoking ban. Not everyone on Council agrees with him.

"I believe we need a smoking ban I believe we need to protect the employees and give them access to a smoke free environment," says IOP Council member Dick Cronin. Cronin says employees can't just get another job, and the government needs to be the one to regulate. "The businesses will think about their destiny and profit or loss."

The Post and Courier tells how the votes came out Monday night:

Dick Cronin, Brian Duffy, Mike Loftus, Ralph Piening and Carol Rice voted in favor of an ordinance that would apply to all island businesses with at least one non-related employee. If all employees are family members, the law will not apply.

The city expects to have a draft ordinance put together sometime in August or September.