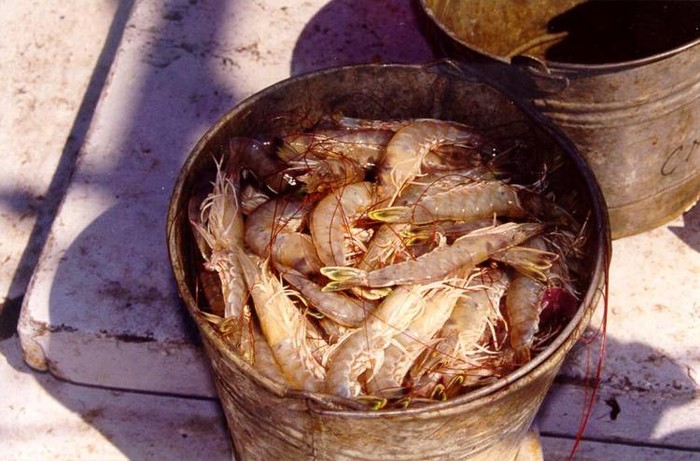 Update May 7: Shrimp season is back as of today at 8 a.m. — and it's looking to be a good season.

The shrimp season normally opens in mid to late May after the peak spawning period of white shrimp, but this year has been atypical according to Mel Bell, S.C. Department of Natural Resources Director of Office of Fisheries Management, "This is the earliest we have chosen to open the entire area to trawling since 1974, but these are also the warmest coastal water temperatures during this time of year we have experienced since 1974. We are hoping for good spring landings of white shrimp and an improved follow-on crop of white shrimp in the fall."

It's not hard to find local shrimp around town, but if you need help check out the South Carolina Seafood Alliance﻿ listings.

First reporting: As of Monday, April 16, shrimp season is getting under way again in South Carolina.

"Provisional Trawling Areas﻿" will be open as of 8 a.m. kicking off the first of three shrimp seasons in the state, this first one will focus on the valuable white roe shrimp.

So get ready to pick up some fresh local shrimp on the way home from work next week for some excellent backyard grilling.

"Coastal water temperatures this year have been much warmer than average which resulted in good survival of overwintering white shrimp and an accelerated timetable for their likely spawning," according to Mel Bell, DNR's Director of Office of Fisheries Management. ﻿"The opening of our coastal state waters to shrimp trawling is based chiefly upon our documentation of a sufficient level of spawning of white shrimp."﻿

The Provisional Trawling Areas allow the state's commercial trawler fleet to begin limited harvesting of some this year's white shrimp that had already moved into these offshore waters. The much larger General Trawl Zone typically opens several weeks after the initial opening. ﻿