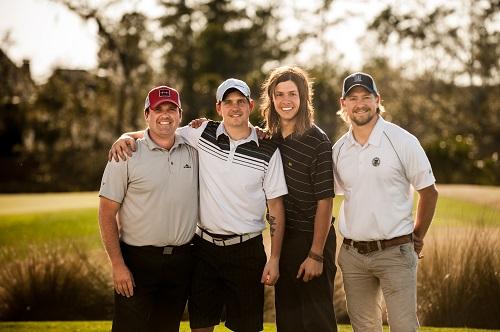 PMI has built a medical clinic in Masindi, Uganda, and last year launched a new initiative in Nicaragua. The money raised from the golf tournament will go toward construction and equipment for the new clinic in Viejo, Nicaragua.

Founded in 2007, Commonwealth Cares Foundation is the charitable arm of Commonwealth Financial Group, a Daniel Island-based financial services firm with a division focused on providing financial planning services to physicians and the medical community.

Britt Gilbert, president of Commonwealth Financial Group, went on a medical mission trip to Nicaragua last December so saw first-hand the impact the money from the tournament will have.

“Our mission at Commonwealth is to help people live a life of significance,” Gilbert said. “We work with our clients to identify what matters to them and how they can use their financial goals to have an impact. So it’s incredible for us as a company to live that out in real time.

“We had a beautiful day playing golf at the Daniel Island Club and a great time listening to musicians that night, but we never lost sight of the fact we were spending one day raising money for people in need,” Gilbert added. “That one day of golf will have a lasting impact on the people of Viejo, Nicaragua, for years to come. We will save lives with the money raised from the Needtobreathe Classic.”

This is the fifth year Commonwealth as sponsored the golf tournament, but this year Needtobreathe, a band with South Carolina roots, decide to put its name on the tournament. Other musicians along with athletes, former coaches and actors played in the tournament. Needtobreathe performed an after-party concert along with Tenth Avenue North, John Mark McMillan, Drew Holcomb and Ed Roland of Collective Soul.

Needtobreathe band members Bear Rinehart and Bo Rinehart, brothers from the Seneca, S.C., area, formed the band and play with bass player Seth Bolt. In 2011, they were part of the Taylor Swift Speak Now North American Tour. They recorded their fourth album “The Reckoning” in Charleston. As part of their new Drive All Night Tour, Needtobreathe will perform along with Drew Holcomb & the Neighbors on May 11 at the North Charleston Performing Arts Center.

The date for the 2014 Needtobreathe Classic will be announced this spring and registration will open in late spring or early summer. For sponsorship opportunities, call 843-884-4545.

Head to the source at commonwealthcares.org
Advertisement