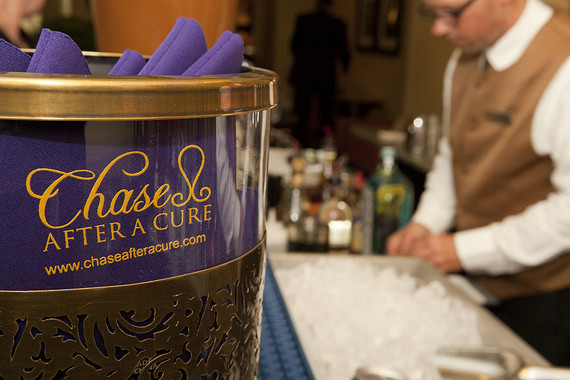 Update February 11:  The fifth annual Chase After a Cure Gala on February 2 was the most successful to date in terms of attendance and the amount of money raised. Proceeds from the 2013 Gala totaled about $125,000 – far surpassing the $72,000 raised in 2012.

The money raised at the Gala and through other fundraising initiatives supports childhood cancer research at the Medical University of South Carolina Children’s Hospital. The Childhood Cancer Center at MUSC is a division of pediatric hematology-oncology and offers comprehensive care for children with cancer and blood disorders. There are more than 60 new childhood cancer diagnoses seen annually at MUSC.

First reporting: Go “Around the World” with Chase After a Cure at the fifth annual gala benefiting childhood cancer research. The event is at 7 p.m. on Saturday, February 2, 2013, at the Charleston Marriott.

The theme for this year’s black tie gala is "Around the World" with an international flavor of décor, food and music featuring the Cuban jazz Gino Castillo Quartet. The ticket price includes food from top Charleston area restaurants, including Wasabi of Charleston, Rue de Jean, Al Di La and Burwell’s Stone Fire Grill, plus an open bar and live and silent auctions.

Tickets are $100 each. Purchase discounted tickets on Jan. 4 for $90 in celebration of Chase Ringler’s ninth birthday. Also watch for ticket giveaway promotions on the Chase After a Cure Facebook page. .

Cancer is the No. 1 cause of disease-related death among children. About 13,400 children between birth and age 19 are diagnosed with cancer each year. Just at the Medical University of South Carolina, about 60 children are diagnosed annually.

Chase After a Cure was started in 2009 by Summerville resident Whitney Ringler and her family after her son, Chase, was given a 30 percent chance of survival after being diagnosed with Stage 4 neuroblastoma. Chase survived and is now a healthy 8-year-old and a symbol of hope for childhood cancer awareness in Charleston.

In addition to raising money for childhood cancer research, the Chase After a Cure Gala is an opportunity to celebrate survivors of neuroblastoma and honor those who have passed away as a result of this disease.