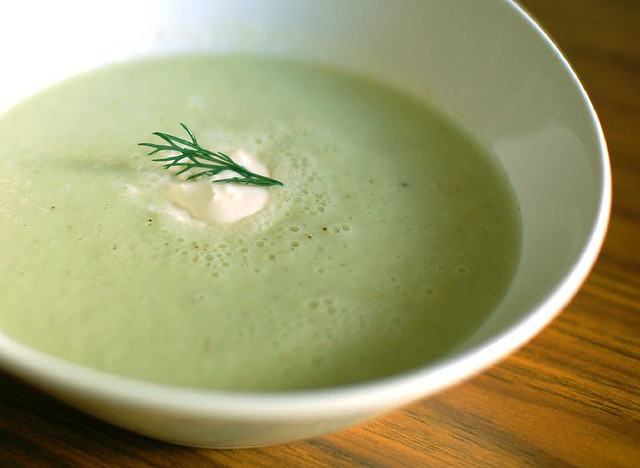 And while this town may offer some pretty decent pho bac, it's hardly the weather for a steaming hot bowl of soup. It is, however, a great time for some cucumber soup or gazpacho.

It's a line of thought that the Charleston City Paper has already explored and come up with a pretty decent list of when and where to get some; take a gander over here. And take a read at the comments, they've got some extra tips for once.

And yes, Fast & French's cucumber soup is tasty, but their gazpacho is solid, too.

Update June 25, 2012: Nearly two years to the day after plugging the Charleston City Paper﻿'s still valid recommendations, we're also going to point you to Eater's newer list recommending the likes of FIG's chilled cucumber, dido for the The Macintosh, chilled melon at The Grocery, among others; take a read here.