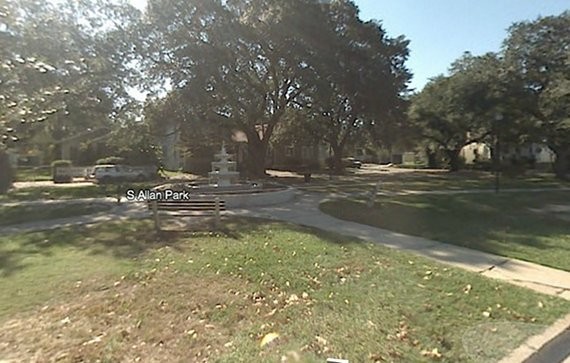 The fundraising efforts to renovate Allan Park received a boost with a $30,000 donation from Robb Allan, a direct descendent of Amey Allan who donated the property to the city in 1920 for a public park. Her late husband, James Allan, developed most of the eastern half of Hampton Park Terrace.

Allan Park is located at 365 Ashley Avenue, not far from Hampton Park. It’s a small neighborhood park with a water fountain and benches. The Charleston Parks Conservancy has partnered with the community to complete a major park renovation. The community has pledged to raise $15,000 to give the park a facelift with renovated green spaces and an irrigation system upgrade. This effort comes just in time for the Hampton Park Terrace Centennial this year. New plants will be installed in the park in early spring.

The Conservancy has successfully worked with other communities on park renovations, including Corinne Jones Park and Elliotborough Community Garden.

“When neighbors get behind a project, they have such a sense of ownership in the park,” said Jim Martin, Conservancy executive director. “As an organization, our goal is to partner with the community to create public parks and green spaces that are truly integrated into the community and part of the fabric of a neighborhood.”

In making his donation, Robb Allan says, “Since the origins of the park are so intimately connected to my family, it's important to me that it be presented and maintained as beautifully as possible. It is my great hope that doing so will stimulate an involvement by the local residents in preserving the park, and that this will enhance the beauty, enjoyment and value of the neighborhood and the homes in it."

To make a donation to the Allan Park project or for more information, visit CharlestonParksConservancy.org.