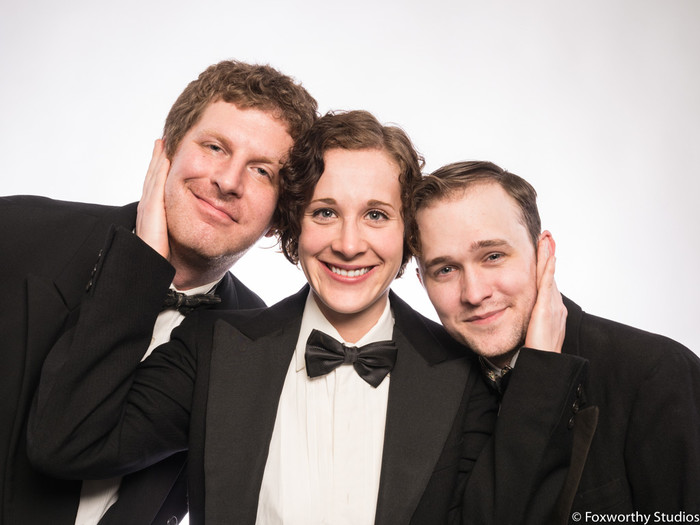 photo by Stan Foxworthy / Pictured are, from left, Kyle Magley as Leslie, Michelle Jones as Kate and Jesse Oneil as Jon

Just in time for tax season, The Footlight Players brings the classic farce “Love, Sex & the I.R.S.” to its historic Charleston theatre from March 3-19. A cross between “I Love Lucy” and “Some Like it Hot!” is set in 1978 New York City.

Jon Trachtman and Leslie Arthur are out-of-work musicians who room together in the city. To save money, Jon has been filing tax returns listing the pair as married. The day of reckoning arrives when the Internal Revenue Service informs the "couple" it’s coming to investigate. Leslie masquerades as a housewife, aided by Jon's fiancée, Kate. Complicating matters further, Leslie and Kate are having an affair behind Jon's back, Jon's mother drops in unexpectedly to meet her son's fiancée, and Leslie's ex-girlfriend shows up demanding to know why Leslie has changed and won't see her anymore.

“While reading this show I was transported to what feels like a 1970s sitcom,” Bates said. “I couldn’t help but hear the laugh track of a studio audience or see the static of UHF across a cabinet TV.”

The show is quick on laughs and clever, brought to life by a talented cast willing to pull out all the stops, he said.