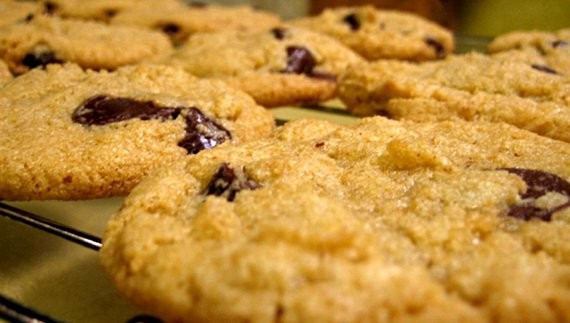 8:38 am on Wednesday July 22, 2009 | Posted by Amanda Click
Circa 1886 is challenging you to make the ultimate Charleston inspired cookie

If Charleston were a cookie, what would it be?

This is the question posed by restaurant Circa 1886 for their summer cookie creation contest.

Contestants should enter their suggested ingredients and a name for the Charleston cookie at the restaurant's webs site by July 31.

The winning entry will receive a complimentary dinner for four at Circa 1886 and their winning concoction will be added to the restaurant's dessert menu throughout December.

Here's all the details from an e-mail release:

Following on the heels of its popular Charleston Choice Ice Cream Contest last summer, Charleston restaurant Circa 1886 is asking the question: If Charleston was a cookie what would it be?

The public is invited to concoct their own cookie recipe throughout July that best represents the historic city of Charleston as part of the Christmas in July: Charleston's Cookie Contest. The winning entry will be served as the holiday cookie on the AAA Four Diamond, Mobil Four Star restaurant's dessert menu served throughout December.

"At Circa 1886, we celebrate the historic flavors of Charleston, so what better way to combine the holiday season and the city's historic past than with Charleston's very own Christmas cookie?" says Marc Collins, executive chef. "We invite the public to really have fun thinking about which ingredients best represent Charleston. We had some great entries for our ice cream contest, like sweet tea and pluff mud flavors, and the winning seersucker flavor, so get creative!"

Patrons can submit their suggested ingredients and name for the Charleston cookie on the restaurant's Web site www.circa1886.com July 1-31. They can also submit a video with their suggestion tagged CharlestonChristmasCookie on YouTube. To view video of last year's ice cream contest, visit the restaurant's YouTube channel at www.youtube.com/circa1886.

The winning cookie, as selected by restaurant chefs and guest judges, will be served as the holiday cookie this year at Circa 1886. The winner will receive a complimentary dinner for four at Circa 1886, excluding alcoholic beverages and gratuity, and, of course, the claim to fame for creating Charleston's Christmas cookie.

About Circa 1886
Set inside the historic carriage house for the award-winning Wentworth Mansion® hotel at 149 Wentworth St. in Charleston, S.C., Circa 1886 is a AAA Four-Diamond, Mobil Four Star restaurant offering traditional southern cuisine with a modern twist in a sophisticated, historic setting. Executive Chef Marc Collins, named by Esquire Magazine as a chef to watch in 2001 and co-founder of the successful Charleston Food + Wine Festival, presents innovative southern dishes, which draw on the rich culinary history of Charleston during the time period when the Mansion was originally constructed. Collins also brings a French influence and a touch of 21st century culinary artistry to his creations. Circa 1886 has received numerous accolades, including the DiRoNA award for fine dining in North America, as well as the Wine Spectator Award of Excellence.