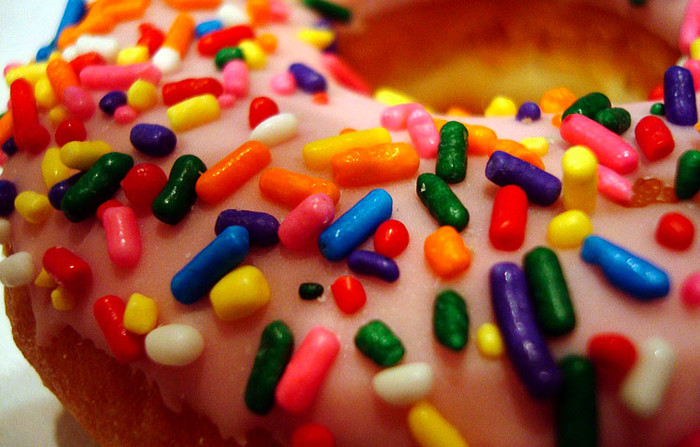 That's a lot of tasty goodness.

Here's a map to local DD shops, and the whole release for you curious ones:

CHARLESTON, S.C. (June 24, 2009) — Coastal Franchising, owner of nine Dunkin’ Donuts store locations in the greater Charleston area, has announced that it has set a company record for sales, with an impressive 100,000 coffee-based drinks sold throughout its area establishments during the month of May.

In addition to meeting incredible sales marks for their coffee, these area Dunkin’ Donuts locations generated tremendous sales across their entire menu in May, selling 20,000 cups of espresso, 29,823 breakfast sandwiches, 217,683 donuts and 138,905 munchkins. In total, these locations sold 176,000 cups of coffee and tea-based drinks last month, the most ever in one month for the Charleston stores.

“As we increase our presence in the greater Charleston area, we are extremely pleased by the level of success we have achieved at our existing locations, and are excited by the prospect of opening additional locations in the coming months,” stated George Ross, CEO of Coastal Franchising, a partner of Elmsford, N.Y.-based leading real estate developer Robert Martin Company. “Our continued success and ongoing expansion has contributed greatly to the region’s job growth, and we are proud to be a partner in the economic development of Charleston.”

Since acquiring four area Dunkin’ Donuts franchises last year, Coastal Franchising has become an integral part of the Charleston community. Designated by Dunkin’ Brands — owner of both the Dunkin Donuts and Baskin-Robbins quick-service restaurant brands — as a large area developer, Coastal Franchising has since opened five additional Dunkin’ Donuts franchises in just the past year, with additional franchises on the horizon.
The company currently employs approximately 200 individuals in the existing Dunkin Donuts locations it owns in Charleston, as well as the company’s corporate offices.

Dunkin Donuts is the top retailer of hot regular coffee-by-the-cup in America, selling 2.7 million cups a day, and nearly 1 billion cups a year, according to company officials. Dunkin Brands recently announced plans to triple the number of Dunkin Donuts locations in the United Stated to 15,000 by 2020.