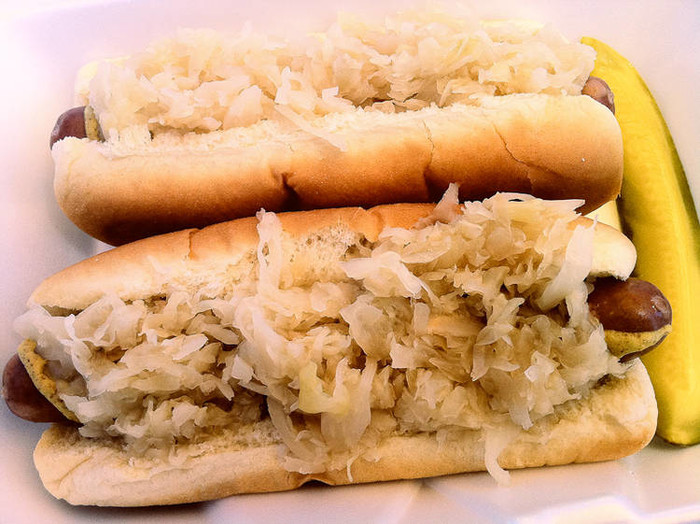 Launching back in mid-August, the newest food truck to hit Charleston's mobile cuisine scene is The Snap'en Dog﻿﻿.

Using what the owner dubs "the finest frank in the world", a Sabrett with natural casing, the Snap'en Dog offers a dozen styles like the Nacho Dog, a Sabrett dog on a potato bun with mild salsa, crumbled tortilla chips, sour cream, and nacho cheese.

And so far from the chatter I've heard, this one's another winner — among those discussing, over at not-just-another-food-blog, "It all started with an Easy Bake Oven﻿," Richard Ondrovic﻿ is digging it.

"I went for a combo – 2 New Yorkers, red skin potato salad, and a root beer (sadly they did not have Dr. Browns Cream which is the only real soda in the world – hint hint). As soon as I opened the box containing the dogs, my throat constricted and my sailvary glands actually hurt – the aroma was straight off a street corner in Brooklyn, yo! I swear I’m not lying – these dogs were straight out of a NYC hotdog cart! Except for the buns which were actually fresh (unheard of in NYC).﻿"

Go check out his write-up and photos of the cart and fare over here.

If you're salivating, look for the dogs most often at the old Navy Yard in North Charleston or hit up The Snap'en Dog on Facebook to find out where they'll be at today.