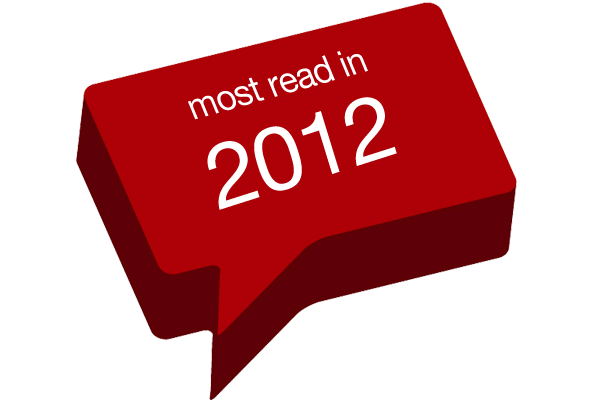 The year is almost over and by tomorrow the whole world might not exist but we at TheDigitelMYR has had a great year doubling our traffic over last year and pumping out some great content (if we do say so ourselves).

But what were the most read Digitel stories of 2012? Well, according to our Analytics you all were all over the place when it came to topics. Let's have a look:

10) 'Diners, Drive-ins and Dives' host Fieri dines, films around Charleston- Not exactly a Myrtle Beach story but everyone loves when the region finds itself on basic cable.

9) How to participate in the 2012 SC Republican Primary- This year saw the phrase, "South Carolina picks presidents" come true...or didn't? Either Way, the guy who won the GOP primary in South Carolina didn't go on to be the nominee...

8) South Carolina Department of Revenue hacked- A news item folks are still talking about and one that will affect South Carolinians for years to come.

7) Prison escapee was hip-hop CEO and drug trafficker- "Charles Dwight Ransom walked out of J. Reuben Long Detention Center by simply swapping wristbands with his accomplice that had just posted bail. Ransom was caught up in a bust last year moving hundreds of kilograms of cocaine by private jet from Los Angeles to Baltimore."
This story is very interesting and there is still no word on Ransom

6)Controversial Internet gaming takes hold in South Carolina- A topic many South Carolinians are keeping up on.

5) Backpage.com = prostitution- This story was actually first filed in 2011 and has already made one of our best of/top read lists. To this day we get at least 10 views on this article each day...we hold no judgment...

4) Bull shark surprises Cherry Grove fishers -Who could forget the 'Shaaawwwkkk' video that was filmed right here on the Grand Strand and went viral like crazy.

3) ESPN TheTeam 100.3 interviews Nerlens Noel, #1 Basketball recruit in the country- Our first #MYRsports podcast and still the most popular.

Well that's it for 2012. We've got big things for the coming year, some changes that will be awesome and we promise not to do too many stories on Green Lasers in 2013...