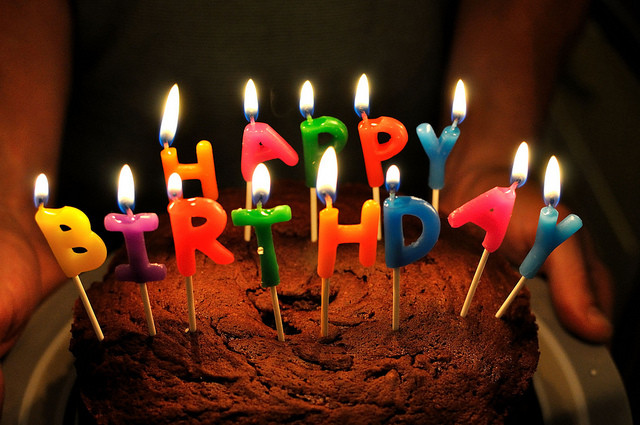 6:41 am on Saturday April 7, 2012 | Posted by
Happy Birthday to US: Top Ten Stories on TheDigitelMYR

Flickr user Will Clayton
We blew out the candles and made a wish, but we'll never tell what it was....OK, fine it was for a pony....

This past year has been spectacular for all of us here at TheDigitel Myrtle Beach and of course we couldn't say that without the daily support of all you locals who keep us on our toes, give us story ideas and of course contribute to our Open Community. The past four months have been particuarly great for us, as we've been getting more and more traffic each month and we can only hope to keep growing.

We've served nearly half a million page views in our first year and we hope to double that by next April 8th. Looking at our analytics﻿ we've put together the top ten most popular stories from the past year.

10) CCU's Coach Bennett goes viral﻿ -Coach Bennett was a big topic for us this year since his abrupt dismissal as head coach of Coastal Carolina's football program, but, this was Bennett's most popular post on TheDigitel, his now famous 'Cats and Dogs' speech that went viral across the Internet and even made appearances on ESPN and Comedy Central's Tosh .0.

8) Eastbound & Down production in MYR with Will Ferrell﻿ -Eastbound and Down was probably our most popular, shared and talked about topic from this past year, and this post was special in that we had some on-set spy pictures taken both at the Pelicans Ballpark and in North Myrtle Beach outside of a beachwear store.  To see all of our Eastbound coverage check out our Topic Page.

7) Prison escapee was hip-hop CEO and drug trafficker﻿ -This story was in our PopTop for weeks, and is a great example of how we at TheDigitel try and enhance local news media's coverage. Our Google-fu is great, and this piece shows that.

5) Eastbound & Down starts shooting in Myrtle Beach﻿ -From just a passing statement from a local news source about HBO filming test shots at Pelicans stadium, we knew what was going on and how much our readers would love this. This post and the subsequent Eastbound filming set off Twitter and Facebook alike with locals spreading news about filming locations and celebrity sitings -Matthew Mcconaughey﻿, was of course the most sought after celeb (he's so dreamy).

4) Daisy Dukes Country Saloon opens Friday﻿ -This one was an Open Community submission from site friend Chris Mowder of ListenUpMB.com. Besides the beach and beer, Grand Strand residents like a few more things, and this story had it: Country Music and Girls! However, I'm willing to go out on a limb and say the Country Music thing was a distant second when it came to this one....

3) Controversial Internet gaming takes hold in South Carolina﻿ -This one is still a developing story, sure to go on for years, it is of course regarding Internet gambling or as they're now referred to 'Sweepstakes Machines'

2) Backpage.com + gentleman's clubs = prostitution﻿ - When we look at analytics daily, 'Backpage prostitution' is always in the search results. We won't say what this means locally, but we're sure it's all for some research paper or from someone writing a book or something....

1) McBride, Fallon talk about Myrtle Beach on Late Night﻿ -This one had a few elements that made it our most popular story of the year, mention of Myrtle Beach on late night TV and Eastbound and Down

Again, thanks to all who have made TheDigitel Myrtle Beach such a great success over the past 365 days, and we look forward to the next 365!

Look for us again at CREATE South this Saturday, April 14th. We'll be there with bells on and some of us will be presenting too.