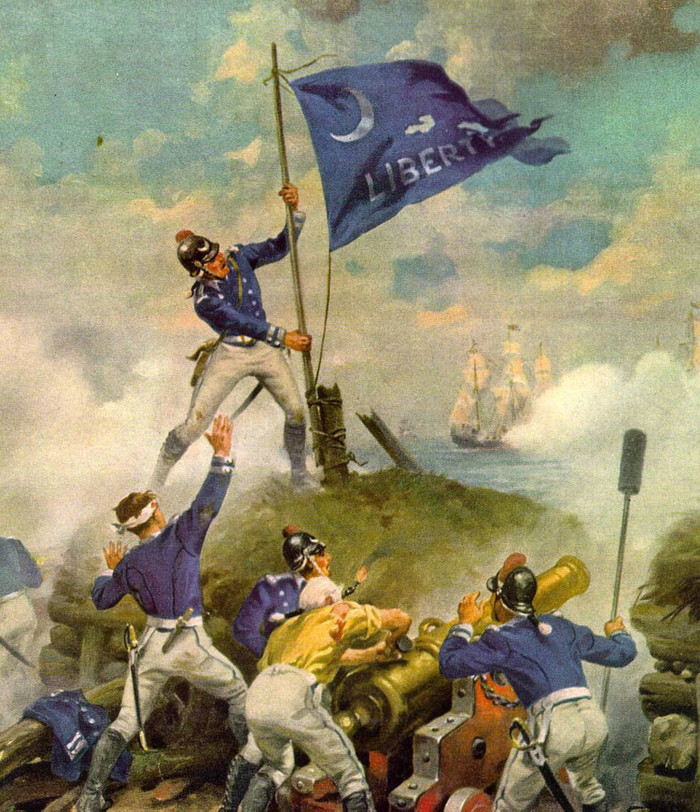 Update July 18: The free weekends are back.

Also, The Post and Courier writes that a memorial ceremony for the famous 1863 assault on Morris Island was held yesterday. Well, today re-enactors will be at Fort Moultrie. Opportunities will be given to learn more about the battle and watch the battle scene from the movie "Glory."

Learn about what, when, and why at The Post and Courier.

As part of its "Fee-Free Weekends" the National Park Service is waving its small admission fee to check out Sullivan's Island's historic Fort Moultrie.

Even though the fee is small it's still a good time to go check out the fort as this year marks the bicentennial (200th) anniversary of the current Fort Moultrie, which is located at 1214 Middle Street on Sullivan’s Island. The brick fort, the third to be built at this site, opened December 19, 1809 and remained in military service until 1947.

The first Fort Moultrie, constructed of palmetto logs and sand, was the site of the “battle of Sullivan’s Island,” June 28, 1776. Since 1960, the fort has been administered as part of Fort Sumter National Monument.

And don't forget that the new exhibit "African Passages" recently opened at the Fort Moultrie Visitor Center to remind that Sullivan's Island was used a quarantine station during the slave trade when Charleston was the main port of entry for captive Africans in North America.

Oh, and technically Fort Sumter is also part of the free-weekends program, but as the ferry service to that island is not part of the Park Service, you're still stuck with the $16 adult fee.