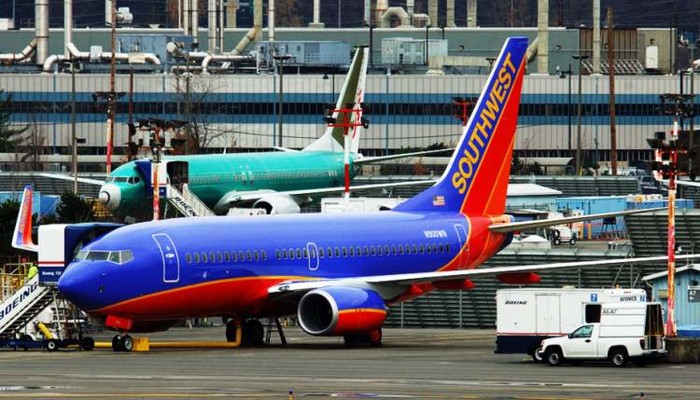 Update March 13: Today's the big day and Southwest is now flying direct from Charleston to Baltimore, Chicago, Nashville, and Houston.

Many reports abound on the fanfare at the airport, but I prefer NBC News 2 as it seems to best capture the news and the celebration at the airport; watch it here.

As for the merger with AirTran, that's still coming and will greatly increase travel options from Charleston, but it appears to be delayed until sometime in the middle of this year.

Southwest Airlines will operate from gate B5 in Charleston.

Also worth noting is that the airline recently entered into a deal to buy AirTran, greatly expanding it reach by mid-2011 and quite possibly impacting the direct routes offered in Charleston.

In Greenville-Spartanburg, the airline will have seven daily nonstop flights to five destinations: Two to Baltimore/Washington, two to Chicago Midway, one to Nashville, one to Houston Hobby, and one to Orlando. Southwest Airlines will operate from gates A3 and A4.

To celebrate the addition of Charleston and Greenville-Spartanburg to the Southwest network, the company is offering a two-day fare sale through 11:59 p.m. Pacific Time on Thursday, October 21, you can find fares as low as $30 one-way to any nonstop market to/from CHS and GSP for travel through April 6, 2011. When the $30 fare sale ends, fares will be as low as $59 one-way for travel every day except Fridays and Sundays. To view these special visit www.southwest.com/southcarolina -- but the sale site appears to have not yet been activated as of 11:50 a.m., in the mean time here is a link that will allow you to search directly.

Despite all the fretting over government incentives, low-cost airline Southwest Air is coming to Charleston and Greenville without them. Service is expected to start within a year and routes announced during the next six months.

It's estimated that a low-cost carrier has a $139 million economic impact in the Charleston area each year.

The Post and Courier has a worthy write-up and a press release has more info.

Charleston has gone six months without a discount carrier -- AirTran left in December.

Update May 12: The Post and Courier has an additional write-up on yesterday's announcement of Southwest Airlines' arrival at the Charleston International Airport.

Update March 7, nearly there: March 13th is less than a week away and Southwest Airline is nearly open in Charleston.

Today The Post and Courier published a lengthy preview that will be of most use if you haven't been following as to the airline's arrival and why folks in Charleston are excited at the potential price drop; read that report here.