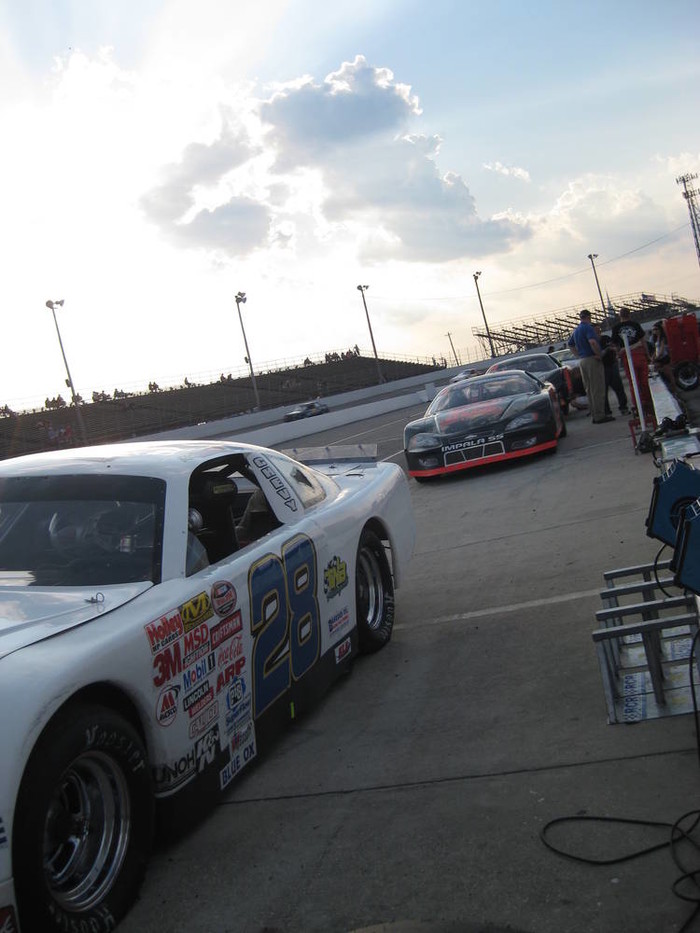 6:48 am on Monday May 7, 2012 | Posted by Melissa Byers
Changes evident at MB Speedway, NASCAR stars visit on Thursday

The main event at opening night for the Myrtle Beach Speedway ended in a rain out only several laps after getting started, but the night wasn't a disappointment.  The beginning of the updates promised by the new ownership were evident.

Some of the stands and several buildings, both around the track and in the infield, have been painted a light shade of turquoise.  The sound system was also overhauled.

The theme for the event was Kids Night and featured a bike race for children on the track and a presentation, honoring the middle school students who painted the pit wall.  On the outside of the track, there were bounce houses, a coloring station, hula hoops, games, and face painting for the kids.  For more about Saturday's race results and the improvements around the Myrtle Beach Speedway, read this article by the Sun News.  See their photos here.

The season's schedule has a wide variety of events, ranging from those in the Charger, Mini Stock, Late Model, and Super Truck series, to monster truck and school bus racing.  Themes include "Scout Night", "Food Drive" and "Walk the Dog Around the Track."

This Thursday, May 10, 2012, the eve of Darlington Raceway's Nationwide and Sprint Cup series weekend, the Myrtle Beach Speedway will host several NASCAR Sprint Cup drivers and personalities for Victory Junction Gang Night.  Added to the schedule of events, which features appearances by the celebs, is an additional 40-lap Late Model race, which was postponed due to the rain on Saturday.

The NASCAR personalities appearing are: