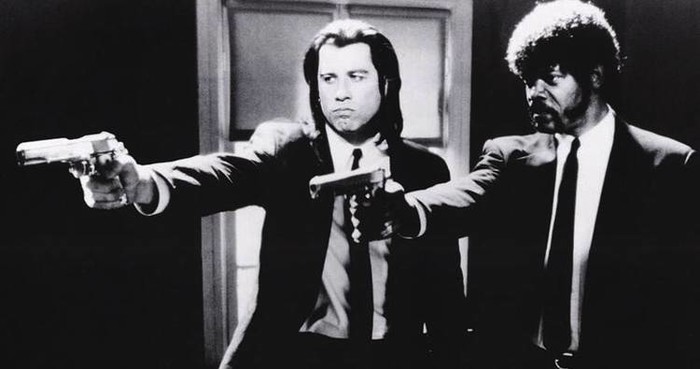 Two of writer/director Quentin Tarantino's best films will be shown in select theaters nationwide, each for one day only, and one of Myrtle Beach's theaters is actually on the list of those participating.

The first of the two films being shown this week is Reservoir Dogs, which was originally released in October of 1992. Reservoir will be shown today, Tuesday, December 4, 2012 at Cinemark  14 at Coastal Grand Mall.

On Thursday, December 6th, Cinemark will be showing Pulp Fiction, probably the most popular and the film that really shot Tarantino to the mainstream.

Both films will have two showings, 2 and 7 p.m. You can get tickets to Reservoir Dogs here and tickets to Pulp Fiction here. If you've never seen either film (what's wrong with you?) this would be the perfect time to do so.

Now if only they would release True Romance in theaters for a special showing (yes, I know Tarantino didn't direct it)...

*Florence and North Charleston and Summerville are also showing both films.