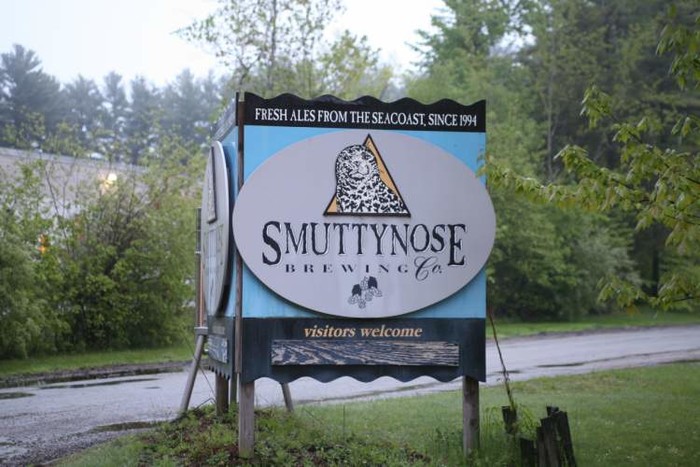 This week's rare beer events focus on one brewery: Smuttynose Brewing from Portsmouth, NH.  This 16-year-old operation's wares have been around Charleston retail spots for quite some time, but CBX is introducing us to some extra special offerings this week.

Brace your brown jugs for round one on Tuesday at 5 p.m., when a 2004 vintage of Smuttynose Barleywine (10% ABV, B+, 97) hits the growler station.  With six years of aging on this bad boy, you should expect very well melded flavors and a smooth drinking experience despite the hefty alcohol content.  CBX says this was "matured in perfect conditions," presumably at the brewery.

If you can recover in time for Rare Bomber Thursday, again at 5 p.m., you'll be welcomed with counter-pressure filled bombers of Short Batch #10 Belgian Stout.  This is a brand-spanking new, 8.3% ABV member of Smuttynose's Short Batch Series, a collection of small draft-only beers.  There are all of six reviews from both BeerAdvocate and Ratebeer, so you better judge this one for yourself.

I'll defer to the CBX blog for Saturday's cask-ale, mainly so you can enjoy the first adjective:

To round out this Smutt-tacular week, we'll be gravity tapping a cask (firkin) of a special edition Smuttynose Big A IPA on Saturday at 2pm! This real cask ale version of the always sublime Big A was specially dry-hopped with Simcoe, Santium, Centennial and Cascade hops along with a nice addition of French Oak! This is the same dry-hopping blend that led this beer to take home the award for Best American Beer at the Great British Beer Festival! Plan to be here promptly if you don't want to miss this!