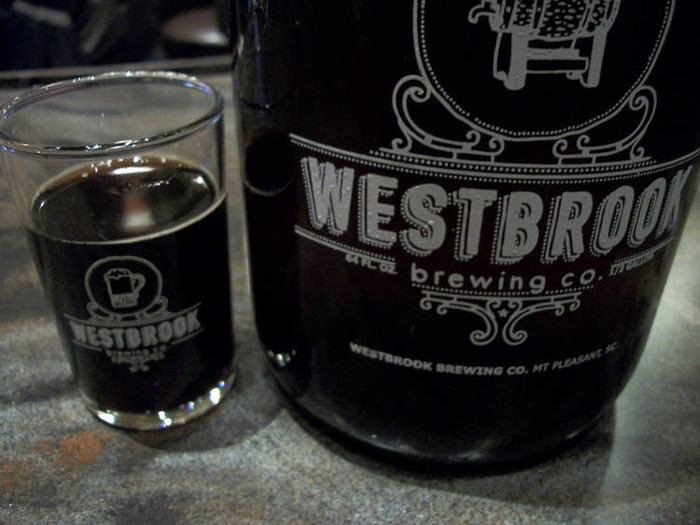 Image by Me Disclaimer: this is not Mexican Cake.

This Tuesday at 5 p.m., the Charleston Beer Exchange crew will tap their last keg of the first anniversary beer from Mount Pleasant's Westbrook Brewing: Mexican Cake.

American imperial stouts often play host to non-traditional ingredients, be they chocolate, or honey, or chipotle peppers. Mexican Cake features quite a few - cocoa nibs from both Ecuador and Ghana, cinnamon sticks, vanilla, and a rough pound of habaneros made their way into the entire batch.

The good news? The ingredients don't get muddled or confusing, instead they sing throughout the sip. The chocolate and vanilla provide initial sweet notes that work with the overall malt profile, and help balanace against the (alcohol) heat, roast, and bitterness. The cinnamon pokes its head up about midway through, carrying you into a perfectly spicy finish. The habanero almost isn't detectable until you're done, but even then it's not overwhelming. Give it a few seconds, as the heat builds on your palate you'll want to go in for more. And so begins a delicious, vicious cycle.

The bad news? After this, it's all gone. You know what to do.

The Charleston Beer Exchange rocks you like a hurricane at 14 Exchange Street downtown.