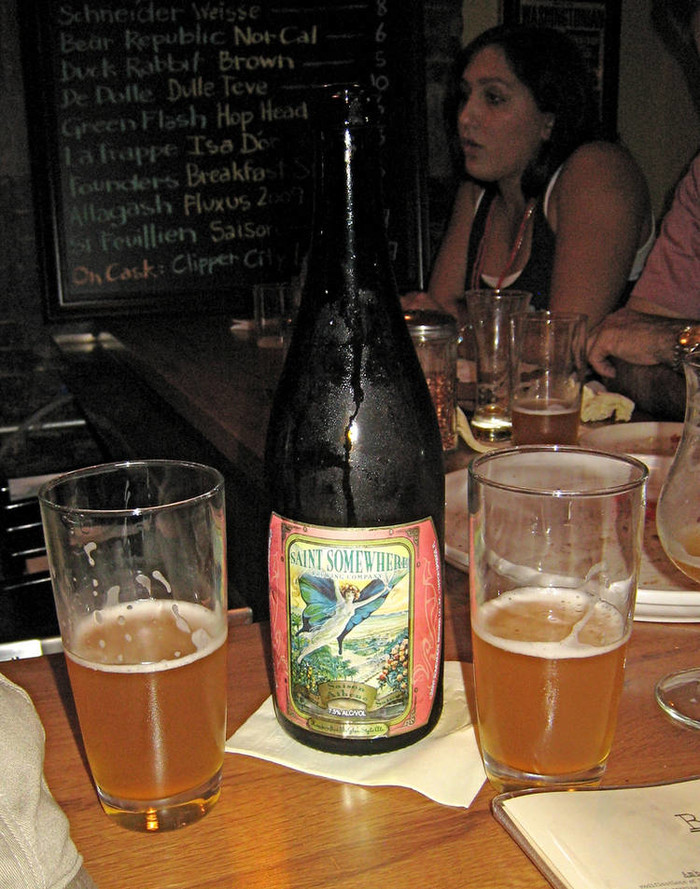 This Tuesday at 5 p.m., the Charleston Beer Exchangers are putting an impossibly rare Florida collaboration on the growler station for Rare Beer Tuesday.

Don't take our word for it, here's the news straight from CBX:

"What happens when our Floridian friends from The Funky Buddha Brewery and Saint Somewhere Brewing get together for a collaboration brew day?  You get "Du Citron Partie" (XX, 65)!  A 6.5% ABV riff on the Saison style but with lots of extra bells and whistles!

'This beer was brewed with Bob from St. Somewhere. We had discussed the idea of doing a collaboration beer for a long time before it actually happened. Our only plan was to have no plan. We decided to go Iron Chef with this one and not discuss any of the ingredients until brew day, which in the land of Bob starts at ungodly hours. As we figured out the base of the beer the next thought was what to add. We agreed on sage, lemon zest and a multitude of cracked peppercorn (red, white, black and green). We thought the lemon flavors would be like a party in your mouth, so we named it Du Citron Partie (Lemon Party).'

This is an extraordinarily unusual opportunity to get anything from Funky Buddha as their highly sought after beers are not generally available outside of their brewpub in Boca Raton, FL!  While it lasts, this rare and exotic treat will be available in all growler sizes so get on down to CBX and fill up!"