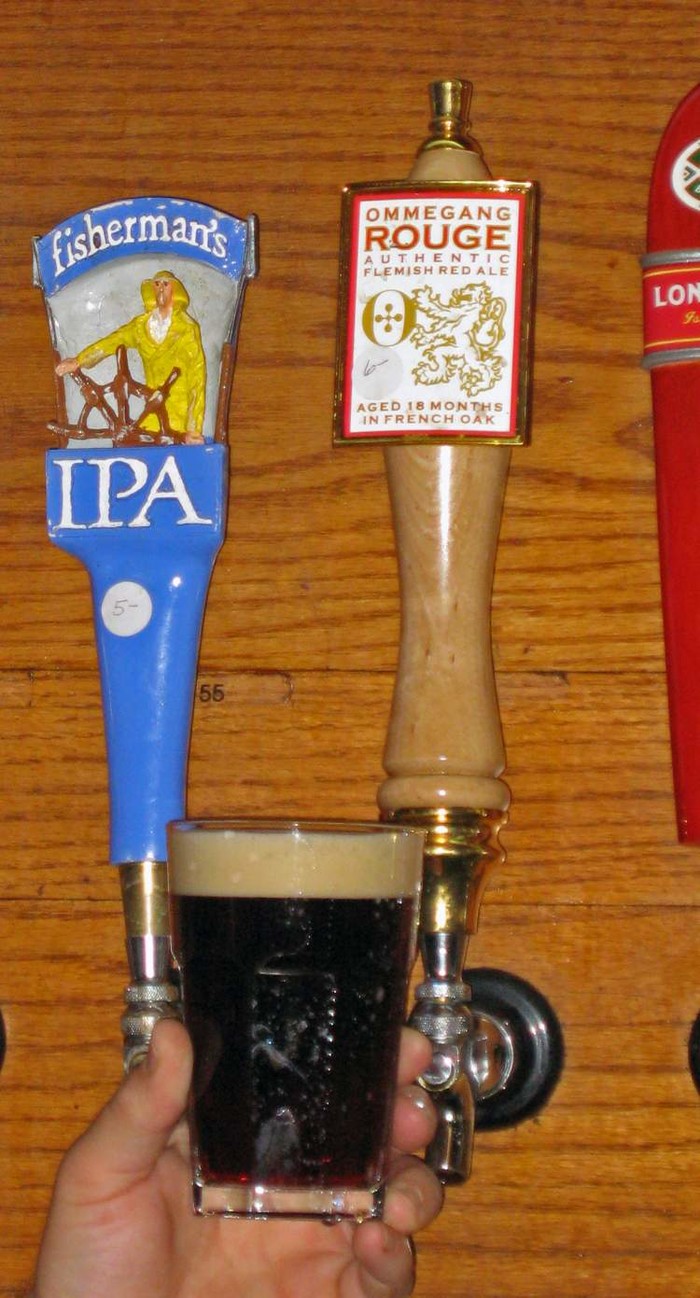 In an obvious effort to prevent my future kids from going to college, the Charleston Beer Exchange team is adding Rare Bomber Thursday to their weekly calendar of rare beer events.

Rare Beer Tuesday has been going on for quite some time, and it's something we often cover. If you've never been (or read), it's when the boys put a rare beer on the growler station at 5 p.m each week.  Well, that's obviously not enough rare draft beer for a 7-day period, hence the beginning of Rare Bomber Thursdays this week, also at 5 p.m.

Unlike a 64 oz., screw-top, refillable growler, a bomber is a 22 oz, pop-top, normally single-use bottle.  Because of this, the operation will differ somewhat from a normal growler fill.  Everything will be sanitized first, just as it would be at the growler station (nothing actually harmful to you can grow in beer, but random bugs can produce off-flavors). Then they'll be using a counter-pressure filler, a contraption that equalizes the pressure in the bottle with the keg so that all the carbon dioxide doesn't escape during the fill. This keeps the beer fresher and fizzier for longer, further guaranteeing your enjoyment.

The move down in vessel size on Thursday means the beer will be even rarer than it is on Tuesday. Therefore, the maiden voyage of Rare Bomber Thursday will be with Brewery Ommegang's Grand Cru Rouge. This tart Flanders Red Ale, aged in French oak for 18 months, is a highly sought-after product of the ex-partnership between the Cooperstown, NY brewery and Belgium's Brewery Bockor. In the words of CBX:

For all intents and purposes, Rouge no longer exists….so come get it while you can!

It weighs in, as most sours do, at a deceptively tame 5.5% ABV, and earns a well-deserved A- from BeerAdvocate and a perfect 100 from Ratebeer. It's likely the only time you've encountered Rouge, if at all, was at Brewvival. That beer went down for me as by far the best sour that day, second only to New Belgium Love if anything. If you were there, you know that's saying a lot. Pucker up, people.