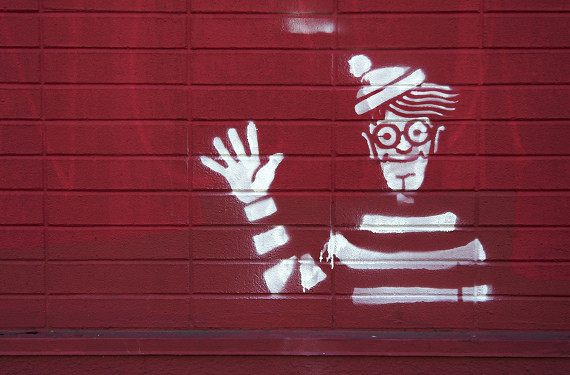 8:58 am on Friday February 11, 2011 | Posted by Amanda Click
Roller derby, Where's Waldo and the other kind of V-day in this weekend round-up

Greetings fair readers, and welcome to this week's edition of the Weekend Round-Up.

Let's just jump right into it, shall we?

Charleston Stage will debut the the Tony-Award winning Broadway show "The 25th Annual Putnam County Spelling Bee" tonight at the Dock Street Theatre. As an added bonus, a secret local celebrity will play a guest speller in the production.

For the ninth year in a row, the College of Charleston will host a Vagina Monologues production.

Perfect for the trend-hunter, purveyors of cool and those wishing to indulge in Charleston’s true creative spirit, Eye Level Art is hosting the Holy City Artist & Fleas open market.

Later in the day, head out to Shem Creek for SEWE Kickoff on the Creek. There will be oysters, live music, food, fun and more planned in anticipation of the upcoming Southeastern Wildlife Exposition.

The kind folks over at the Square Onion Too! are holding a neighborhood party on Saturday February 12th from 2 p.m. - 5 p.m. to welcome their new neighbors Earthly Artifacts. Meet some great people and check out a new local business.

For the first time in Charleston arts history, the Charleston Ballet Theatre and Charleston Jazz Orchestra are join forces for a one night only performance of Duke Ellingtonʼs landmark 1966 album 'The Far East Suite' in its entirety. The Ellington Experience will feature members of both groups performing together live on stage at The Charleston Music Hall.

It's the second Sunday of the month, so that means King Street will be closed down to traffic for the monthly Second Sunday on King. For a little something special this Sunday, King Street businesses will team up to try and break the Guinness Book of World Records in an attempt to have the largest gathering of “Most People Dressed As Where’s Waldo Characters In One Place.”

The Lowcountry HighRollers hit the flat track in their first home bout of the 2011 season. Nothing says Sunday Funday like drinking and roller derby.

The Lowcountry Blues Bash is still going strong and closes out its run on Sunday. If you've yet to catch one of the incredible acts, jump on it.

For more weekend goodness, hop on over to the Charleston City Paper's weekend round-up and the full event calendar.