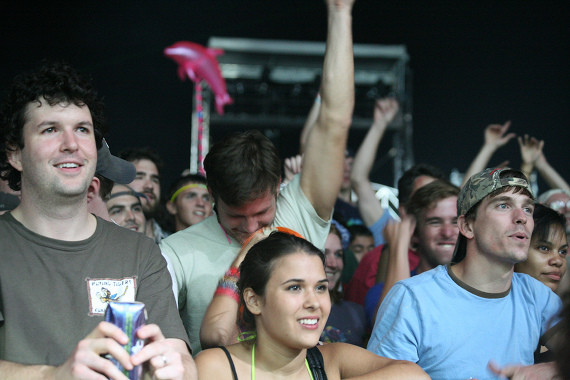 Aloft Hotel in North Charleston will be throwing the official pre-Phish concert party on Saturday, October 16, from 1 to 6 p.m. and we wanted to share some quick details for those interested in attending.

We would encourage you to come up early and check out music from Charleston favorites Weigh Station and DJ sets by Robert Rice. Music will kick off around 2:30 p.m. and delicious and healthy food is available for purchase from Roti Rolls, known for their locally sourced meats and veggies. If you need passes or wish to be added to our list, please email us. The cost to get in is $10 in advance, and we expect to sell out during the week of the shows. This is a small enough city and word gets around - so if you plan to attend, start making arrangements now!

The party will feature several Sierra Nevada beers and Absolut Vodka specials and is just a 3 minute walk to the North Charleston Coliseum. Don't take a chance getting a drinking ticket in the parking lot at the venue. If you were there for Widespread Panic, you know what we are talking about. There is only room for 200 people because the Aloft Hotel is completely sold-out for the concerts and we must plan for those hotel guests too without going over fire code.

Aloft Hotel is also giving away two all-inclusive trips (for two people each) to Napa Valley, California in November including airfare, hotel, wine tours, and a private concert from some pretty huge acts including Zac Brown Band. You must be present at this party to win.

We would like to thank Aloft Hotel, the City of North Charleston, Sierra Nevada, Absolut Vodka, Roti Rolls, Southern Wines, Compass Transportation, Macdaniel Productions, Weigh Station, Robert Rice and of course, Phish, for deciding to return and giving us a reason to do this. It will be an epic weekend and we hope to see many of you here!﻿