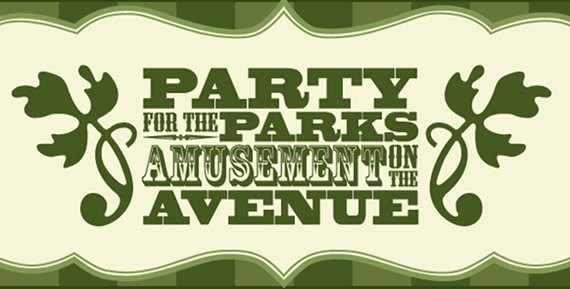 Image by Party for the Parks

Get ready to party it up at the second annual Party for the Parks Amusement on Avenue benefiting the Charleston Parks Conservancy.

This street-fair style party, which sold out in its inaugural year, is set for 6 to 10 p.m. on Saturday, April 16th, on Ashley Avenue overlooking Colonial Lake in downtown Charleston.

Organizers have lined up a full slate of entertainment you won’t see at just any party: The Jammers Skate Crew, The Mizzing Linkz hip hop dancers, a fire performance by the Homespun Hoops girls, Brazilian beats from Malandro Soul, as well as DJ and video entertainment by Spaced Invaders.

Guests may also participate in the silent and live auctions which have big ticket items including a golf cart from Golf Cars of Charleston, two round-trip tickets on Southwest Airlines, a week rental in Cabo San Lucas, and a private movie night with up to 500 of your friends at Joseph P. Riley Jr. Park.

New this year is a VIP ticket for $150. It includes a $100 donation to the Conservancy with member benefits and access to the VIP tent with lounge, private bar, and food from Oak Steakhouse.