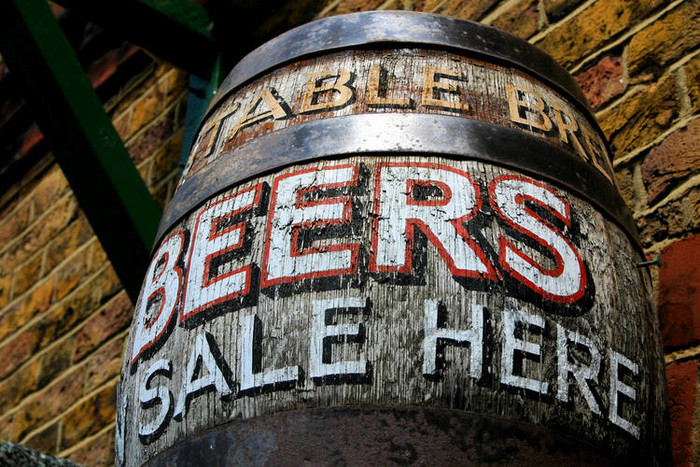 With the 2nd annual Brewvival fast approaching on Saturday, February 26, local beer joints are once again joining in on the fun by holding events surrounding the fest.

For out-of-towners in town early, or locals that just can't get enough of a good thing, here are a few options coming up this week:

Closed for Business is hosting New Belgium Brewing Co. Sensory Specialist Lauren Salazar for a beer dinner highlighting the sometimes funky, sometimes sour, always limited Lips of Faith series of brews.  $35 (plus tax & tip) gets you four courses with four pairings.  The reception begins at 5:30 p.m., dinner commences at 6:30 p.m., and as soon as it's done the Lips of Faith pint night begins!  Check out the menu at the Pearlstine Distributors site, and call C4B at (843) 853-8466 for reservations.  453 King Street, downtown.

Over on Daniel Island, the crew at Laura Albert's is trying to push the boundaries of decadence with an event called Filthy Fried Friday.  This exercise in excess combines fried chicken, waffles, and a variety of stouts.  Variations on the theme will be served throughout the day, but the main event is 5 p.m. to 9 p.m., during which time $25 gets you a four-pour flight of stouts, a plate of chicken & waffles, and a stout-infused brownie.  Check out the event page for the lineup, and call (843) 881-4711 for reservations.  891 Island Park Drive, Daniel Island.

If you're looking for a beer-only excursion, Total Wine & More might be right up your alley.  Their regular beer class & tasting cranks up at 6:30 p.m., with featured breweries Oskar Blues and New Holland.  Prepare to sample 4 brews from each brewery, including Dale's Pale Ale and Gubna Imperial IPA with Adam from Oskar Blues, and Night Tripper Imperial Stout and Beerhive Honey Ginger Tripel with Joel from New Holland.  $15 for the whole thing, which lasts as long as there's interest and the store is open.  Call (843) 763-7034 to reserve a spot.  1820 Ashley River Road, West Ashley.

Nearby EVO Pizza will be hosting an after-party for the fest.  Bring your ticket stub over and you can take part in a special free preview of brews from Holy City Brewing, our latest local brewery-in-the-making.  The first 50 attendees will even get a free Holy City pint glass!  EVO opens for lunch at 11 a.m., and the Holy City crew should be setting up by around 4 p.m. Call (843) 225-1796 for more info.  1075 East Montague Ave, North Charleston.

If we get wind of more events, we'll update this puppy throughout the week.  If you know of something that needs to be added, just tack a comment at the bottom.  In the meantime, follow the balance of our plethora of #beer coverage over at the topic page.

Update February 25: Nudge to the top.