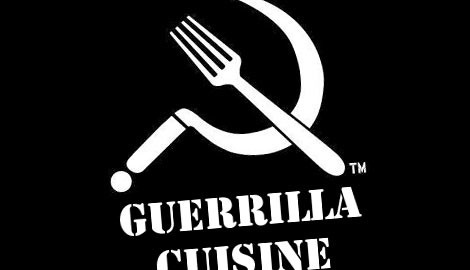 Dubbed an "experiment in the social, culinary and artistic," Charleston's Guerrilla Cuisine seeks to bring groups of people together through fantastic dinning and food.

It works something like this: Around 70 people get the chance to spend around $70 to meet up at a generally awesome, but undisclosed spot, for some awesome food prepared by people from the likes of Cypress, Magnolia, and McCrady's.

Interested? The group's 12th meet up is Sunday, October 19, from 6 to 10 p.m. The dinner will feature Craig Deihl from Cypress, with music by fabulous local Cary Ann Hearst. Part of the proceeds will go to support breast cancer research and awareness.

There will also be lots of local art, including some from Shimko Art.

Want a more narrative explantation? Head over to The Post and Courier for their write-up on Guerrilla Cuisine when it got going in Charleston way back in February. Or, take a photo tour of the September gathering at Zsolt Haraszti Photography.

Update October 23: October's event was at the Cigar Factory. Hop over to the Blue Ion blog for details.