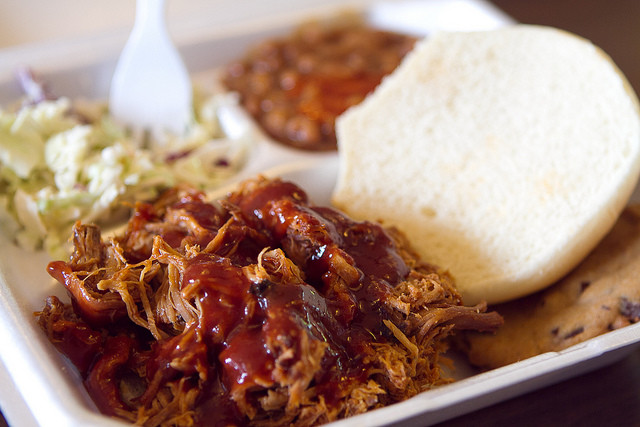 Update 8/29/12:  Just a reminder... it's almost Labor Day weekend!  We put a period on the end of the tourist season, turn down the heat, and head on over to Grand Park at the Market Common for some great bbq.

The 7th annual Beach, Boogie & BBQ Festival will be held at Grand Park at the Market Common from Friday, August 31 to Sunday, September 2, 2012.  The festival will feature finger lickin’ good barbecue and food from both vendors and competitors available for purchase, along with free live entertainment featuring Chairmen of The Board and The Fantastic Shakers.

This is a free family-friendly festival, which also holds title as the Official BBQ Championship of South Carolina.  The event will feature wake board demonstrations, boat rides, kids activities and games and fireworks.

The Beach, Boogie and BBQ Festival is a KCBS (Kansas City BBQ Society) sanctioned event and is the only competition in South Carolina included in the national 2012 Smithfield Rib Super Series. The festival competition kicks off with the ‘Anything Goes’ cooking contest and tasting on Friday, August 31 and the Official S.C. Barbeque Championship and Kansas City Barbeque Society Cook-off are on Saturday, Sept. 1. Debuting for its second year is the Wing Competition on Sunday. Each competition will award prize money to winners totalling $14,000. Proceeds from all barbecue sales will go to the OMAR Shrine temple.

Event participants can buy sampling tickets for $1 each in the ‘Anything Goes’ competition on Friday that begins at 6:30 p.m. Attendees can expect to sample a multitude of dishes from shrimp creole to chicken bog to apple cobbler and everything in between! But pork is the main star of the festival as attendees are able to sample delicious barbecue from competing local, regional and national barbeque teams on Saturday beginning at 12 p.m. by purchasing a $10 wristband while supplies last. Children six and under can sample for free, and barbecue sandwiches and platters will also be available for purchase. Beer and wine will be sold all three days.

You can see the full schedule here.  New this year is the Shriners Hospital screening on Sat. from 11 a.m.-3 p.m. which will be coordinated by physicians and staff of the Shriner’s Hospital in Greenville, SC, to identify children ages newborn through 18 years who may qualify for free treatment. No appointment is necessary and the screenings are open to the public. Also, Kyle Busch's #18 M&M’S® Race Car, which will be displayed on Sat. from 12-5 p.m. and Sunday from 12-3 p.m.

For information on team registration and details, visit www.SmokeOnTheBeach.com.