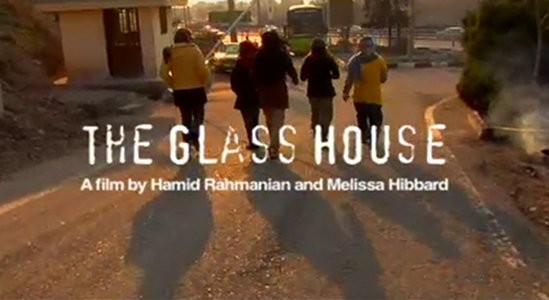 Coming up on Friday, September 10th, the first film of the Southern Circuit tour of Independent Filmmakers will be screened at the Simons Center for the Arts on the College of Charleston campus.

This event, featuring the film The Glass House by filmmaker Hamid Rahmanian is free and open to the public. The film will be screen at 8 p.m. in room 309 and will be followed by a question and answer session with the Rahmanian.

Here's a synopsis of The Glass House:

The fringes of Iranian society can be a lonely place, especially if you are a teenage girl with few resources. The girls of "The Glass House" take the viewer on a never-before-seen tour of the underclass of Iran as they strive to pull themselves from the margins of society by attending a one-of-a-kind rehabilitation center in uptown Tehran. This groundbreaking documentary reflects a side of Iran to which few have access: a society lost in its traditions with nothing meaningful to replace them, and a group of courageous women working to instill a sense of empowerment and hope into the minds and lives of otherwise discarded teenage girls

And now, a bit about the filmmaker Hamid Rahmanian:

Hamid Rahmanian is originally from Tehran, Iran. He earned a M.F.A. in Computer Animation in 1997 from Pratt Institute and was nominated for a Student Academy Award for his animated film, "The Seventh Day." He has worked for Disney and recently completed his first feature-length fiction film, "Daybreak," which premiered at the Toronto International Film Festival.

The Simmons Center for the Arts is located at 54 St. Philip Street.