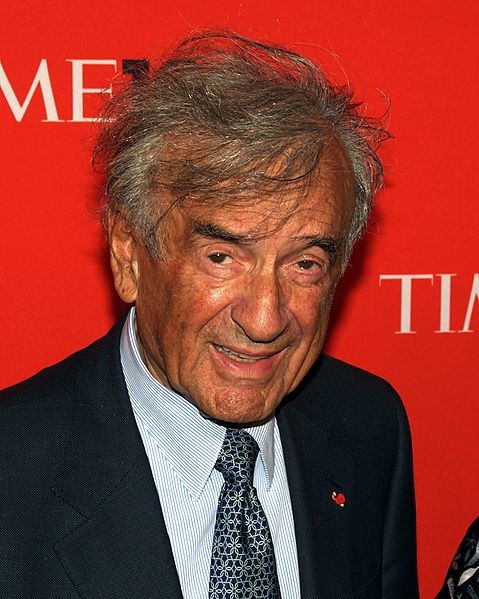 9:31 am on Friday August 19, 2011 | Posted by Ken Hawkins
Nobel Peace Prize recipient Elie Wiesel to speak at College of Charleston

Nobel Peace Prize recipient and human rights activist Elie Wiesel will speak at the College of Charleston on September 25, at 6 p.m.

While the event in the Sottile Theatre ﻿is invitation-only, a limited number of tickets will be made available to the public for a simulcast of the speech, which will be televised in the College’s Physicians Auditorium .﻿

Tickets for the simulcast event will be available to the public beginning Monday, August 29, on a first-come, first-served basis, with a limit of two tickets per person. Tickets may be picked up at the box office of the Carolina First Arena, 301 Meeting St., from 9 a.m. to 5 p.m. For questions or information on ticket distribution, please e-mail wieselinfo@cofc.edu.

Elie Wiesel was born in 1928 in Sighet, Transylvania. He was 15 when the German Nazis deported him and his family to Auschwitz. His mother and younger sister perished; his two older sisters survived. Elie and his father were later sent to Buchenwald, where his father died shortly before the camp was liberated in April 1945. After the war, Wiesel studied in Paris and later became a journalist. His internationally acclaimed memoir of his time in the death camps, Night, has been translated into more than 30 languages.

“Elie Wiesel witnessed and survived unimaginable cruelty during the Holocaust and devoted his life to promoting education and tolerance by telling his inspiring story. He is living testament to the strength, will, and determination of humankind, and we are honored that he will share his words and wisdom with our campus,” says College of Charleston President P. George Benson. “His visit is a reflection of the importance of the College’s Zucker/Goldberg Holocaust Education Initiative.”

Wiesel is the author of more than 40 works of fiction and nonfiction, including A Beggar in Jerusalem, The Testament, The Fifth Son, and two volumes of his memoirs. For his literary and human rights activities, he has received numerous awards including the Presidential Medal of Freedom, the U.S. Congressional Gold Medal, the Medal of Liberty Award, and the rank of Grand-Croix in the French Legion of Honor.

“The Holocaust molded my family and me. Elie Wiesel represents very well what the Holocaust is about, using his horrific Holocaust experience to teach us the importance of hope, of peace, and of doing,” says Anita Zucker, businesswoman, philanthropist, educator, and primary benefactor of the Zucker/Goldberg Holocaust Education Initiative at the College of Charleston. “I hope his message resonates for students and for the community for many years to come.”

In 1986, Wiesel received the Nobel Prize for Peace, and soon after, Marion and Elie Wiesel established The Elie Wiesel Foundation for Humanity. The Foundation’s mission, rooted in the memory of the Holocaust, is to combat indifference, intolerance and injustice through international dialogue and youth-focused programs that promote acceptance, understanding and equality. In his Nobel Prize acceptance speech, Wiesel said: “…the world did know and remained silent. And that is why I swore never to be silent whenever wherever human beings endure suffering and humiliation. We must take sides. Neutrality helps the oppressor, never the victim. Silence encourages the tormentor, never the tormented. Sometimes we must interfere.”