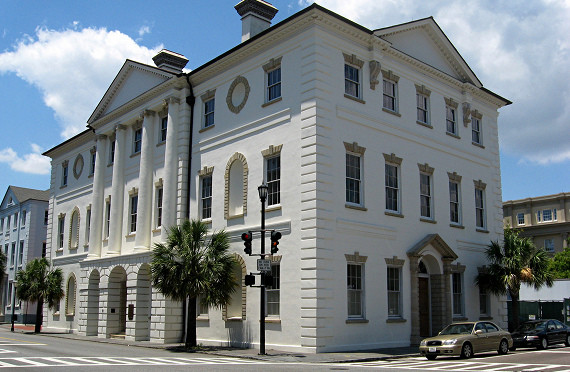 7:50 am on Wednesday November 18, 2009 | Posted by Amanda Click
Lecture tonight on the history of Charleston law and lawyers

The Charleston Historical Society will co-sponsor its next lecture at the Karpeles Manuscript Museum at 68 Spring Street tonight at 7 p.m.

The lecture, titled “Charleston Law and Lawyers: A History”, will be presented by Ruth W. Cupp, JD. It will focus on the major themes of her recent book, Attorneys: From Charles Town to Charleston.

Read more from the press release below:

Attorneys, Charles Town to Charleston, written by Ruth W. Cupp, is the history of the local legal profession from 1663 to the 21st century. Cupp provides over 300 years of the history of lawyers in Charleston, starting with Nicholas Trott's arrival in 1699. She places figures such as John C. Calhoun, James Petigru, and Hannah Rubinrott Axelman (the first woman attorney in Charleston) within the larger context of the evolution of both the practice of law and the court system. Along the way she artfully links the story to local history, culture, politics, and everyday affairs, as well as to major historical eras.

“Ruth W. Cupp made history in 1954 when she became the first woman attorney to become a member of the Charleston Bar Association. That was the year when she graduated from the University of South Carolina School of Law and attended her first meeting of the bar. She obtained her undergraduate degree from Winthrop College in Rock Hill, South Carolina. “I undertook the project of writing the history of our bar because I was fascinated by the subject and hopelessly addicted to doing research, having spent over 50 years in the practice of law,” she says.

“Ruth Cupp has been a weekly guest columnist for the News and Courier, and a regular columnist for The Briefcase, a publication of the South Carolina Women Lawyers Association. “To be able to write for the non-lawyer reader, I have to put aside my legal writing education. I had to accept the fact that all sentences do not begin with “whereas”, says Cupp. “Only the legal profession has the authority to write ten thousand words and call it a “brief.”

This presentation is a part of our 10th Anniversary year of the Charleston Historical Society lecture series. The lecture is free and open to the public.