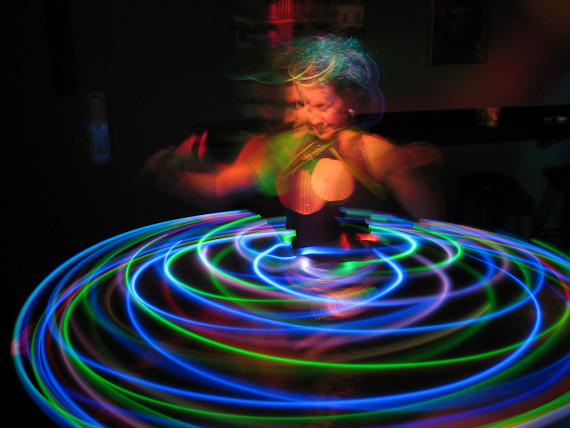 12:41 pm on Thursday April 5, 2012 | Posted by Amanda Click
CIFF announces a free festival within the festival

The Charleston International Film Festival will host its 5th festival on April 11-15 in the heart of historic Charleston with new partner, Charliewood Pictures.

Official selections have been announced as has the "Stuff the Bus" campaign to support art in schools. However, we've got an exciting update on a free festival being held within the festival.

On day two of the 5 day event, Kacey Douglas and her band of crazed professional hula hoopers, drummers, jugglers, magicians, and other performers are taking over Cinebarre in Mt. Pleasant for what is sure to be one of the highlights of this year’s Charleston International Film Festival. DJ Danny Seltzer will be performing outside setting the backdrop for a stream of live performances that are sure to get everybody up and moving. And you’ll be able to, as there will be plenty of hoops to go around.

All of this fun is leading up to an 8:30 p.m. screening of Welcome to Chucktown, a short film that tracks local professional kite boarder, Davey Blair around Charleston where he uncovers several awesome kite boarding spots untouched by the rest of the world. And then the SC Premiere of The Hooping Life, an intriguing documentary about the lives and talents of some unexpected professional hula hoopers, including Shaquille O’Neal…all of this on Cinebarre’s humungous outdoor screen. There will be plenty of refreshments on hand to quench your thirst and appetite and there will be several vendors selling one-of-a-kind goodies for sale.

The party will continue inside Cinebarre with DJ Mark Johnson.