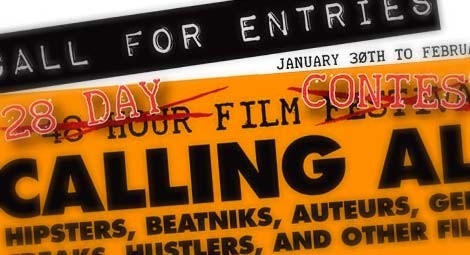 The Post and Courier is giving you a shot at $500, if you're willing to create a short film that includes a shot of the print edition of their paper.

And -- in a decidedly non-Web style -- you have to mail or hand-deliver a DVD to 134 Columbus Street before 5pm on February 27th.

The videos will then be posted to Charleston.net where users can vote for the best video.

Here's the details from the film page:

It's simple. Write, shoot, and edit an under seven minute film between Friday, January 30th and Friday, February 27th. That's UNDER seven minutes including credits. To prove you are honest, or at least clever, your film must contain at least one shot of any edition of the Post and Courier printed during the dates of the contest. Be creative, but you must include a readily recognizable edition of the Post and Courier somewhere in the film.

Submit your film to the Post and Courier at 134 Columbus Street before 5pm on February 27th.

All submissions must be made on a set top playable DVD in standard definition. No late entries will be accepted.

But, be sure to check out the rules before you get too far along, they'll be posted January 30.

Go check it out, and good luck.

The winning video will also be showed at the Charleston International Film Festival, which is April 23-26.

By the way, if you readers have any interest in us sponsoring a video/writing/photography contest, let us know in the comments.