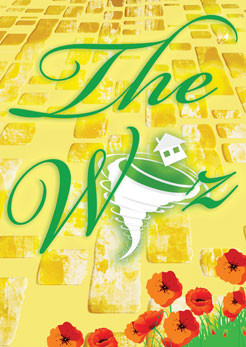 Music and Lyrics by Charlie Smalls

This imaginative romp through Frank Baum’s The Wonderful Wizard of Oz captured 7 Tony Awards when it opened on Broadway in 1975.  After becoming a film with Diana Ross in 1978, it was largely forgotten.  But The Wiz’s clever retelling of the Oz Story and its acclaimed sassy score (Ease on Down the Road, Believe in Yourself, Don’t Nobody Bring Me No Bad News) are too memorable to be forgotten.  Just over the rainbow the magical world of The Wiz awaits.  Rediscover the magic of this legendary Broadway spectacular in Charleston Stage’s newly imagined, multi-cultural production.

Head to the source at charlestonstage.com