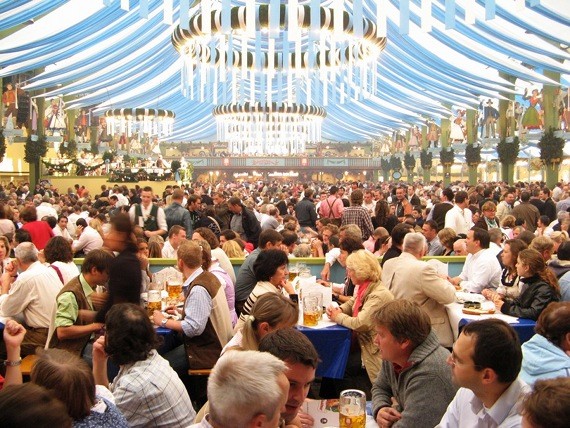 12:00 pm on Thursday September 30, 2010
Get your beer and brat on at Charleston Oktoberfest

Charleston Oktoberfest will return to Blackbaud Stadium on Sunday, October 24th with an afternoon full of beers, music, food and fun.

From 12 to 5 p.m., Blackbaud Stadium will once again be transformed into a Bavarian-style beer hall with big tents along the South concourse for the stage and beer trestle-tables. The main beer vendors will also be arranged on the concourse.

This year’s headline Oompah band is the Roger Gootman Sauerkraut Band; in addition to live Oompah music there will be authentic German dancers, a wide selection of German beers and a variety of delicious Oktoberfest food options. The first 1,000 festival attendees will receive a free commemorative beer stein.

Once again Charleston Oktoberfest will benefit a local charity with a portion of the proceeds going to Live 5 News’ Debi’s Kids and The Salvation Army Angel Tree.

Oktoberfest will also include a Corn Hole tournament for teams of two. To register a team for $20 ($25 day of event) contact the Battery Office.

Children’s events during the afternoon include mini-soccer games on the stadium field, a Mountain Slide, an inflatable combination game, a Hot-Shot Power-Kick game and a jump castle.

The 2010 Oktoberfest Corporate Challenge, the German Cup, will run during the Oktoberfest festivities with local teams competing in a variety of fun events including tug-o-war, barrel races, three-legged races and bratwurst eating competitions.

Also on the radar is Closed for Business is doing their Octoberfest the October 1-2, and Gene's Haufbrau is on October 23-24.