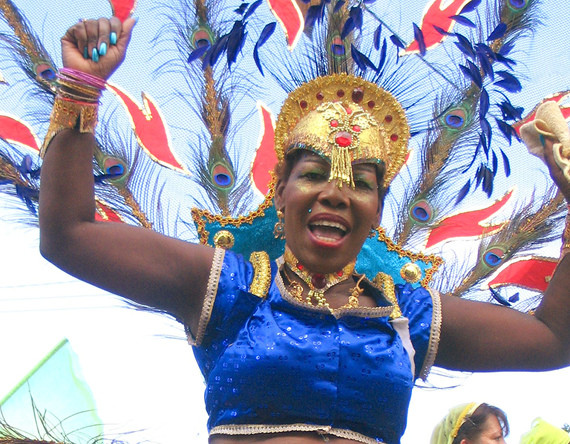 This year, the focus is on the Dominican Republic, the country visited by Christopher Columbus in 1492. There he was met by the Tainos. It was reported the entire population was wiped out by either diseases brought by Christopher Columbus or by slaughter at the hands of the Spanish. Today, some modern day Dominicans have traced their ancestral roots back to the Taino Indians. Many historians attribute the inter-relations between the European, Taino Indian, and the slave population brought from Africa to the country’s ethnic diversity.

On June 16th, the Carifest Symposium "Identity in the Dominican Republic" will be presented at the Avery Research Institute by two outstanding speakers from 6 to 9 p.m. This free event will launch the Carifest activities and is accompanied by a reception.

On June 17th, the cultural journey will continue with a Masquerade Fete at the International Longshoreman’s Association Hall from 7 p.m. until midnight. This grand evening includes dinner, dancing, and entertainment. The start of the evening will incorporate the formal presentation of the Queen of the Tainos, the Coronation of the King of Carnival, full dinner, and entertainment, followed by dancing to the pulsating sounds of the music of the Caribbean including reggae, soca, and salsa. Tickets are $30 and are on sale now.

June 18th is Carnival Day: the grand finale which takes place in Brittle Bank Park from 2 to 9 p.m. This fun-filled day will feature cultural dances by Estillo 6, and Latin Groove Dance kids will provide the latin flavor, along with DJ Luigi. Champeon Champpezy, a hot artist from Trinidad Carnival, will shine on the stage and unleash his soca hit, "Hellibumper". Then enjoy the sounds of several more artists, including the featured band, Julemango; some young poets; and a newcomer reggae artist. Steelpan music will be provided by the Allendale Steel Band. Caribbean food, crafts, and souvenirs. Tickets are $5 in advance.