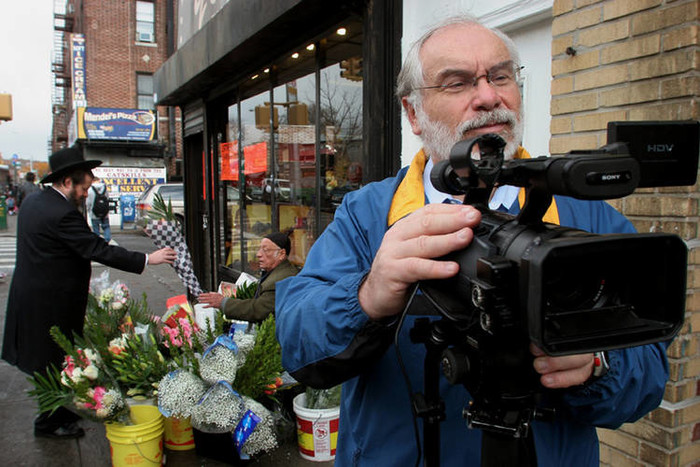 If there is such a thing as the traditional path to Hollywood, filmmaker Menachem Daum did not take it. Then again, he still lives in Brooklyn.

From geriatric researcher to documentarian, Daum has collaborated with co-director Oren Rudavsky on two films: A Life Apart: Hasidism in America and Hiding and Seeking: Faith and Tolerance After the Holocaust.  The first is “an attempt to humanize haredim to the outside world.” The subsequent film shifts the lens in “an attempt to humanize the outside world to haredim.”

Last year, Jerry and Anita Zucker and their family endowed the Zucker/Goldberg Center for Holocaust Education at the College of Charleston to honor their parents and the countless victims and survivors of the Holocaust. “We want their legacy to be the importance of helping others, even in the face of unspeakable evil,” Anita says, hoping that the Zucker/Goldberg Center for Holocaust Education will convey that message to generations of students at the College and to the Charleston community.

As the inaugural Zucker/Goldberg Center for Holocaust Education community event, Menachem Daum joins us from Boro Park on March 16th and March 17th. Daum will screen both films, discuss the shift of his lens and the struggle to remain true to our tradition and heritage without letting ourselves get enslaved by the hatred of the past, and brief us on his current documentary projects that are bringing him to Poland and to Arab villages in Israel.

Both films will be shown at 7 p.m. in Room 129 of the New Sciences Building (202 Calhoun Street) at the corner of Calhoun and Coming Streets. Wednesday we will screen Hiding and Seeking: Faith and Tolerance After the Holocaust followed by a dessert reception, and on Thursday, A Life Apart: Hasidism in America. This event is co-sponsored by the Remember Program of the Charleston Jewish Federation.