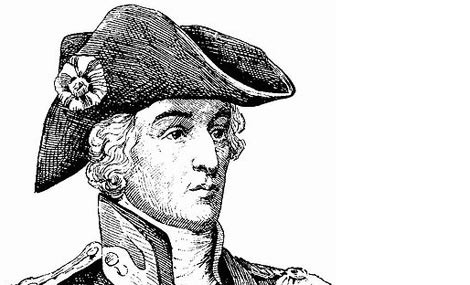 Yep, that's right, our local Revolutionary War hero has his own day in South Carolina.

If you, gasp, don't know who the man is, he's also know as the Swamp Fox. See, during the War he was known for leading Continental troops through our swamps to elude the British during his campaign of guerilla warfare.

Here's a bit more about his deeds from the state:

Francis Marion was an American Revolutionary War hero, nicknamed "the Swamp Fox" by the British because of his elusive tactics. Marion was probably born in St. John's Parish, Berkeley County, near Georgetown, South Carolina, about 1732.

After the Continentals returned to South Carolina, he served as brigadier general of the militia under General Nathaniel Greene. Aided by Continental troops, Marion finally seized Georgetown. At the battle of Eutaw Springs on September 8, 1781, he commanded the militias of North and South Carolina and drove the British back to Charleston.

So, there you have it. But, no, you still have to go to work.

Oh, if you never knew about the day, don't feel unpatriotic, the Legislature just created the day in mid-2007. The day will always be the 27th of February.

You can learn loads more about the man at Wikipedia.