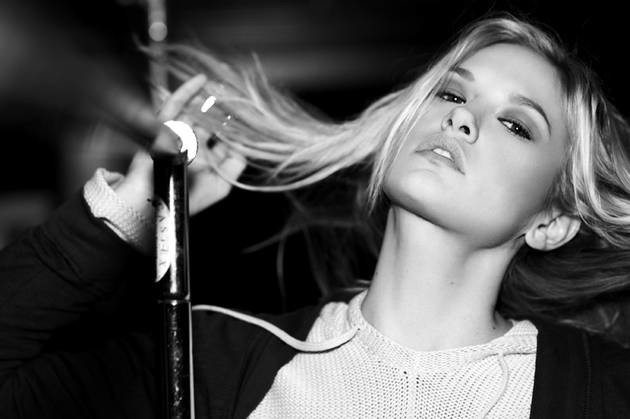 5:33 am on Saturday May 21, 2011 | Posted by Ken Hawkins
Alas, James Island's Molly O'Connell out in second place in America's Next Top Model

Final update: Alas, it wasn't to be, Charleston's Molly O'Connell﻿﻿ came in a close second to Brittani Koine﻿.

Here's what Wikipedia writes about the final showdown: "Jay Manuel reveals himself as their guest judge for the final panel, Brittani was hailed for doing well in the CoverGirl commercial, while Molly was accused for looking mean. For their fashion show, both were hailed for their strong performance. Though Nigel and Tyra castigated Brittani for her laughing incident, they commended her for pushing through her injury. During deliberations, the judges were torn by the girls' equally strong bodies of work. The girls were called back, and Brittani Kline was crowned as the sixteenth winner of America's Next Top Model.﻿"

The Post and Courier﻿ has published a nice retrospective on the near-win and what it has meant for O'Connell; read that here.

It doesn't look like the CW has the episode up for online viewing yet, but it should soon be up for watching here.

Update May 14: Charleston's Molly O'Connell﻿ is still going strong, having made it into the finals with a showdown with Brittani Kline﻿.

The final airs Wednesday, May 18, on the CW.

Here's the episode's description: There are only two girls left and the pressure takes a toll. During the taping of a Cover Girl commercial, one model overanalyzes her shoot and the other model's nerves begin to get the best of her. Later, the girls get a surprise that brings them both to tears and participate in a final runway show for Vivienne Westwood, where disaster strikes for Brittani. Jay Manuel joins the final judges' panel, where America's Next Top Model is chosen.﻿

Update May 5: Two months later Charleston's Molly O'Connell is still in the running. And after Wednesday night's show she's in the top three.

And there's only two episodes left, with the next airing on Wednesday, May 11.

You can watch past episode's on CW's website and get a rundown of who's out when and why over on Wikipedia.

Truthfully, I had forgotten all about her running in the show but a brief in The Post and Courier﻿ has reminded.

First reporting March 2: We're a bit behind the curve on noting this one, but Charleston's own Molly O'Connell is on this cycles' installment of America's Next Top Model.

The 23-year-old grew up on James Island and has already made the cut past the first episode that premiered Wednesday, February 23. The next installment of the show is tonight, March 2, on the CW network.

Both The Post and Courier and NBC News 2 caught up with O'Connell — read the paper's report here and watch the video report here.

The Charleston area has had quite a run with folks appearing on reality shows in recent years.