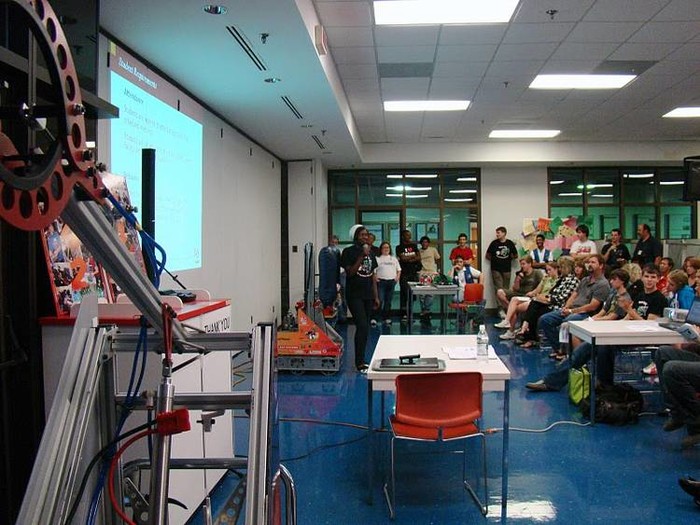 3:29 am on Monday October 3, 2011 | Posted by
Lowcountry robotic competitions gearing back up for students

Students from across the Lowcountry have been showing off their robotics, science, and technology skills for the past 13 years at FIRST (For Inspiration & Recognition of Science and Technology) and now teams are gearing up (and recruiting) for next year.

After the FIRST Palmetto regional came to Charleston last year  the number of participating schools has ratcheted up to seven and ﻿Charleston's oldest high school team, the "Burning Magnetos," is gearing Charleston's up for it's second annual high school robotics competition.﻿

Teams are forming now and getting ready for the 2012 Season Kickoff on January 7th at the Citadel. The preseason preparation is for fundraising, recruiting students and mentors, and starting to build the skills they will need to prepare them for the season.

The next event is a scrimmage match in Columbia on October 29th, so to get involved or for more information refer to the contact information below.

More than 130 people came out to learn more and get involved, it was the highest preseason turnout in thirteen years. Pairing up with the community interest, more than 130 colleges, universities, and corporations provide greater than $15 million in scholarship opportunities and host events; Clemson University and the University of South Carolina alone have 14 partial scholarships for FIRST participants.﻿