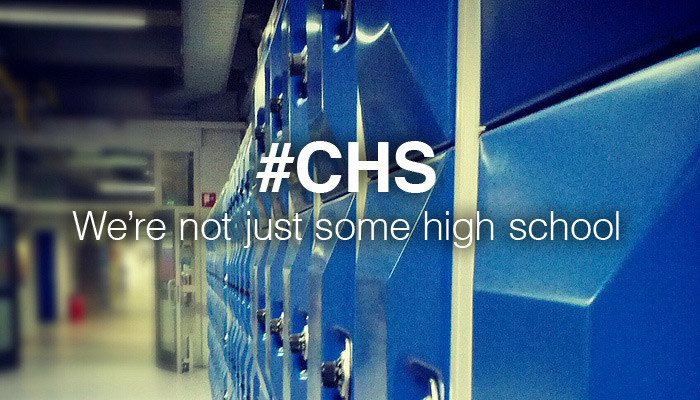 Update August 20: Twitter hashtags are an organic thing and this post's comments and reactions on Twitter are perhaps the closest thing we're likely to get to a quorum on this matter.

And the direct seems relatively clear: stick with #CHS.

Alternatives have either problems or trying to shift course will simply create confusion.

Everyone is, of course, free to tweet as they please, but you'll likely find a better community if you tweet with #CHS.

First reporting: Is it time for the rise of #CHAS, #CHSSC, or even #CHSC?

Three and a half years ago way back in March 2009, I posted a piece that aimed to help the Charleston community coalesce around Twitter hashtags.

And thanks in large part to local media buy in on the concept, it worked really well.

And it still works great for tags like #CHSEats, #CHSWx, #CHSTrfc — but, unfortunately, that's not the case for the main tag #CHS.

That tag, our community's shortest and most important tag, has also proved popular for tweets like the one by @lexuslovenexus who wrote, "Got my locker today, found out my bestfriends have their locker right by me:)) best feeling ever!! #sophomore #classof2015 #chs"

Yes, the tag has proved surprisingly convenient not only for Charleston, but for students in every high school whose names starts with the letter "C" and ends with "High School".

So what to do about it?

In a tweet chain kicked off by The Post and Courier's Andy Paras, the idea arose to replace #CHS with #CHAS.

That tag already sports a fair amount of off-topic tweets*, so I've suggested #CHSSC (for Charleston, SC), or perhaps #CHSC (to shave an ever precious character out).

Sound off in the comments, or do that thing Twitter users do.

I'll encourage the tweeting of "I vote #YourHashTagPicHere"

*#CHAs off topic tweets include things like "#Chas is only 23?  SERIOUSLY? @LucyParge #EMMERDALE" and "En el #chas con arguello☺ @BelenG769"