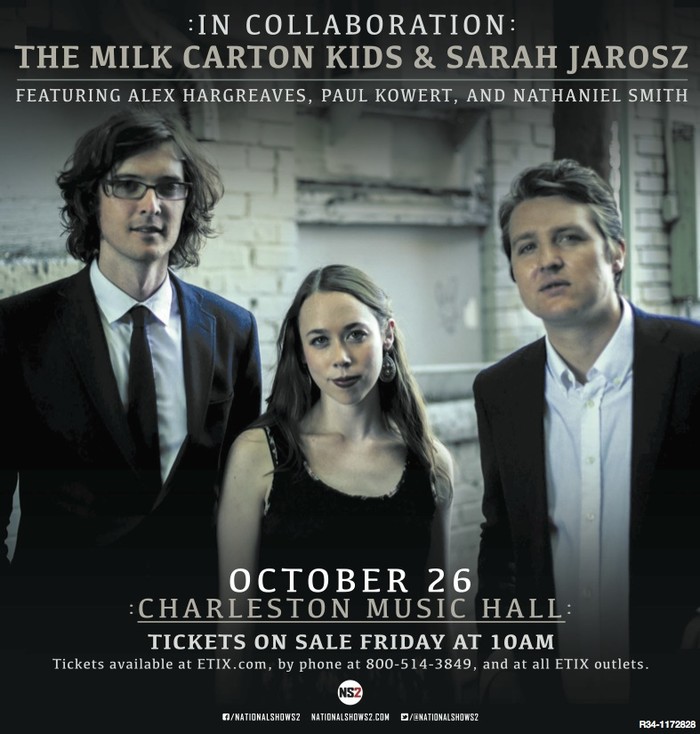 Following their meeting at the renowned Telluride Bluegrass Festival in 2013, Sarah Jarosz and The Milk Carton Kids have pursued a collaboration with a depth and identity all its own. Their initial performances (on Austin City Limits and at Lincoln Center’s American Songbook Series) have been widely heralded for the seamless harmony of the three singers, the unassailable virtuosity of the players, and the obvious if uncommon chemistry the young artists have found with one another. This Fall, they are presenting it, fully realized for the first time, in a limited tour of some of the country’s finest symphony halls and performing arts theaters.