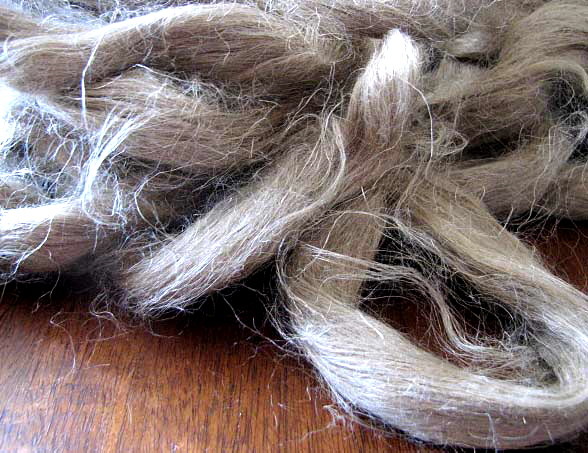 Flickr user madelinetosh
Could flax be the answer to local farmer's problems and revitalize our history with textile production?

While most people in our area associate flax with the nutritional value of their edible seeds, the skin of the flax plant has been used in linen production for tens of thousands of years.

Naturally Advanced Technologies (NAT) has developed a process called CRAiLAR®﻿ to manufacture textiles from flax fibers that are the equivalent to cotton. ﻿The flax NAT intends to grow would be optimized for fiber production and not grain production. ﻿It turns out that our area's farming history with tobacoo, soybean, and cotton production makes it an ideal candidate for these plants. This combined with the harsh summer resulting in below-average yields, has local agriculture leaders considering it. The Sun News has more details. WBTW also has a great write-up over here.

The CRAiLAR®﻿ process was originally designed for hemp fibers, but United States Federal laws prohbit Hemp production due to it's association with marijuana.﻿ The process is described as:

The all-natural CRAiLAR® process bathes these filaments in a proprietary enzyme wash that transforms them into soft, yet strong and durable, textile fibers. Every step of the CRAiLAR® process can be certified organic, making it eco-friendly from beginning to end.   ﻿

NAT was founded as Hemptown Clothing in 1998. Originally a clothing company focusing on hemp, the company name was officially changed to Naturally Advanced Technologies Inc. in 2006 to reflect its new stated direction as a developer of technology. The apparel division of Naturally Advanced is now called HTnaturals.