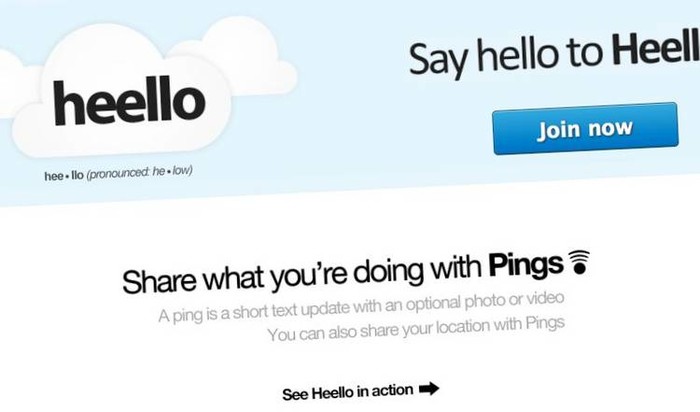 Back in August 2010, Charleston resident Noah Everett﻿ (and founder of 20 million-plus user photo sharing service TwitPic) announced that the company was expanding with a new service that would "help bring teams together online﻿."

Originally that service, Heello, was slated to happen in the fall of 2010.

Now fast forward a year and Noah's photo service that made it big thanks to being the leader in helping folks share pics on Twitter is feeling decidedly threatened thanks to Twitter having launched its own internal photo-sharing tool. On the same day that happens, Heello launches, and it looks an awful lot like Twitter with the ability to mention other users, display tweet-like pings, and, yes, built-in photo sharing service.

To be sure, Heello is not the only Twitter-like micro-blogging service out there, but its launch is doubly curious for it's revenge like timing and deviation from that goal to "make communication easier﻿" for online teams.

Right now the big question is: Is Everett serious about the clone or is this a publicity stunt to gain more attention for something grander?

Either way, the old goal may well be dead as Everett tweeted "New direction for @Heello﻿," back in July.

Go give it a spin, and maybe "listen" to us.