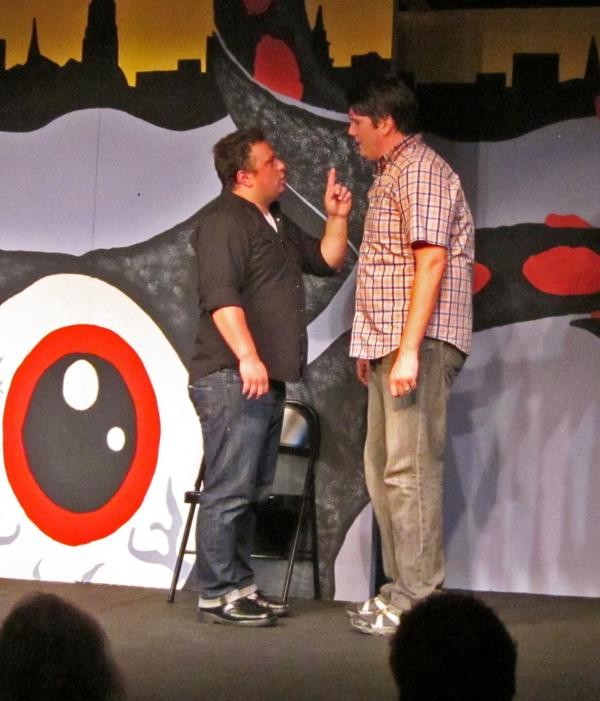 Doing improv means you're not really sure what your topic will be until  the audience shouts out suggestiuons. Frank Caeti and Matt Craig asked for "two words crammed together to make a new word."

Read more stories on this subject in our Spoleto topic page.Last night the crowd at Theatre 99 for Piccolo Fringe came up with "taste and smell." Well, close enough for this talented duo.

The next hour involved a host  of unusual characters:  a distressed chef creating a special flavor of cotton candy involving tasty Iguana; a concerned very short mother encouraged her very tall son to stand up to bullies at school. "I'm too big to be stuffed into a locker," he observed. She suggested he would need "a 2-room storage POD."

A young boxer  fights 25 guys at the county fair - complete with sound effects from the booth.

The night before Frankenmatt had re-introduced their diminutive Southern icon Charlemagne Leroy from last year and, hopefully, will include him in their final appearance at 10pm tonight.

But, that's really up to the audience. If you're there, you call the shots for improv.