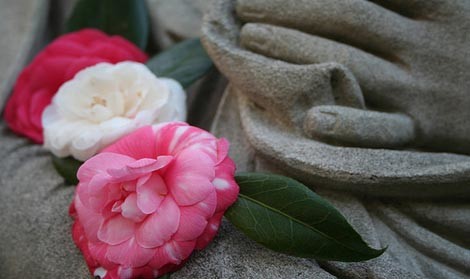 Brother Edward Shivell, 80, was among the founding brothers of Mepkin Abbey but is dying of terminal cancer.

The Post and Courier's Adam Parker stopped by the abbey to meet Shivell and learn about his life, an excerpt:
Shivell joined the Navy in 1948 after high school and spent four years aboard the destroyer Compton, working in the supply office.

He would look out at the sea, its waves shimmering silver in the moonlight, and contemplate the beauty of creation. "I liked to be aboard the ship at night. It was the silence and solitude that really grabbed me."

He wrote a letter to his pastor: Perhaps he was meant for a vocational life? He had planted the thought in his priest's mind, where it lay like a dormant seed as he finished his tour of duty.

It's a compelling, if lengthy read. Go check it out. -- If words aren't your thing, there's a video that covers a lot of the same ground.