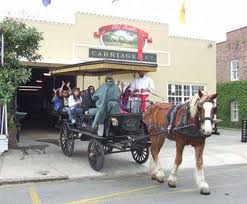 “Now the purpose of this letter is to entreat President Lincoln to put forth his Proclamation, appointing the last Thursday in November… as the National Thanksgiving… the permanency and unity of our Great American Festival of Thanksgiving would be forever secured.” Sarah Hale, 1788-1879

People will soon be coming in from around the world to enjoy an old fashioned Thanksgiving in Charleston. We did some research and found that the first Thanksgiving celebration in Charleston was held at St. Philip’s Church. It was 1861 and Charles Towne colonists were giving formal thanks for the harvest at the church, long before a Thanksgiving holiday was formally established. During our research we found an unusual connection, what do Edgar Allen Poe, “Mary Had a Little Lamb” and Thanksgiving have in common? Answer: Sarah Josepha Buell Hale.

Sarah Buell Hale was born in New Hampshire to parents who believed in educating daughters as well as sons. Sarah married lawyer David Hale but was widowed nine years later. With five children to support, she turned to writing.  She authored the rhyme “Mary had a Little Lamb,” which is based on a true story. She also single handedly established Thanksgiving as a national holiday.

Sarah Hale became editor of “Godey’s Lady’s Book,” publishing the works of literary greats including Longfellow, Hawthorne, Edgar Allan Poe and Frances Burnett, who later wrote the children’s classic “The Secret Garden.” Poe published so frequently in “Godey’s Lady’s Book” that one biographer quipped that it must have been Poe’s main source of income.

At this time, the only nationally designated holidays were Washington’s Birthday and Independence Day. Sarah Hale wanted a third, Thanksgiving Day, a day when the entire nation gave thanks at the same time. According to Sarah Hale, “There is a deep moral influence in these periodical seasons of rejoicing in which whole communities participate. They bring out …the best sympathies in our natures.” She wrote copious amounts of letters and editorials over the span of 40 years in support of this cause. Each President in turn received her plea, including: Taylor, Fillmore, Pierce and Buchanan. Each President declined her request.

By the mid 1800’s relations between the North and South were worsening.  In an 1859 editorial, Hale wrote that a united day of Thanksgiving would help bring the country together. She was unable to prevent the war but did finally succeed in her goal. In 1863 President Abraham Lincoln finally proclaimed the permanent establishment of a national day of Thanksgiving.

There are conflicting claims as to who deserves credit for the first Thanksgiving. Plymouth Rock is the most accepted but, chronologically speaking, Plymouth comes in last. The earliest claimant is St. Augustine Florida. Fifth grade teacher Robyn Gioia has written a children’s book titled, “America’s Real First Thanksgiving.” Her research shows that Spanish explorer Don Pedro Menendez de Aviles landed in what is now St. Augustine on Sept. 8, 1565 and held Mass and afterward shared a feast of Thanksgiving with the Timucua Indians. The Timucua brought corn, beans, squash, nuts and shellfish, while the Spanish made a pork, bean and onion stew.

In 1598 Juan de Onate took a group of 600 people, 83 wagons and 7000 animals across today’s Rio Grande. Upon arrival just south of modern day El Paso, they held a feast of Thanksgiving with the Manso Indians.

Jamestown, Virginia settlers held a Thanksgiving ceremony in 1610 and Berkeley Plantation on the James River in Virginia also claims the first Thanksgiving held on Dec. 4, 1619.

Plymouth Plantation is the site of the most famous Thanksgiving, when in 1621 a feast was held with deer, corn, fish and wild turkey brought by the Pilgrims and Wampanoag Indians.

Sarah Hale implored presidents, governors and citizens to establish a national holiday of Thanksgiving. A day with all giving thanks could bind us together, she felt, bringing out the best in our natures. This year as we celebrate Thanksgiving, we remember Sarah Josepha Hale and her dream, and celebrate our national unity and blessings of providence, liberty and freedom.

Gordon Mercer is past president and on the Board of Trustees of Pi Gamma Mu International Honor Society and professor emeritus at Western Carolina University. Marcia Gaines Mercer is a published author and columnist. Gordon and Marcia were married in Charleston and have a place in nearby Garden City.