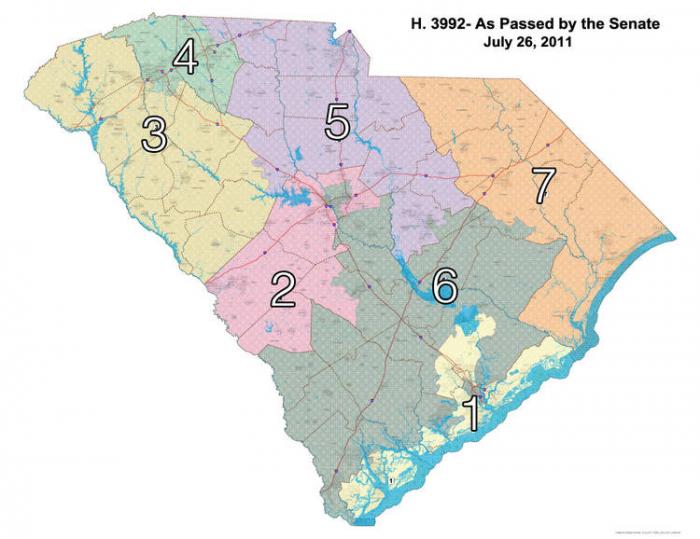 After months of planning, a new 7th Congressional District in South Carolina has won approval from the U.S. Justice Department﻿ — but that's just the start of a new journey.

(You can see the new district map above, explore an interactive one below.)

Perhaps the most straightforward part is the charges that the new district alignment squeezes as many black voters as possible into U.S. Rep. Jim Clyburn's area (district 6). It's a question that looks likely to be settled in court.

But beyond that, more questions abound:

1) With the change, Rep. Joe Wilson (District 2) will no longer represent Beaufort County.

2) Jasper County and the upper reaches of Beaufort County across the Whale Branch and into Yemassee will be represented by Clyburn.

3) Most of Beaufort and Charleston counties will now be represented by freshman Rep. Tim Scott who previously reped north-eastern Charleston County, Georgetwon and Horry counties. That is, if he can win re-election under the new demographics.

4) What will it mean for the Jasper port development now that the same congressional leader will represent both Charleston and Beaufort counties (but not Jasper)?

As with most things, stay tuned.

But what do you think?

Find it in this interactive map. Click for demographics. — Note: This map was made using the state's geographic data file, however do not use it to determine where you should go vote.