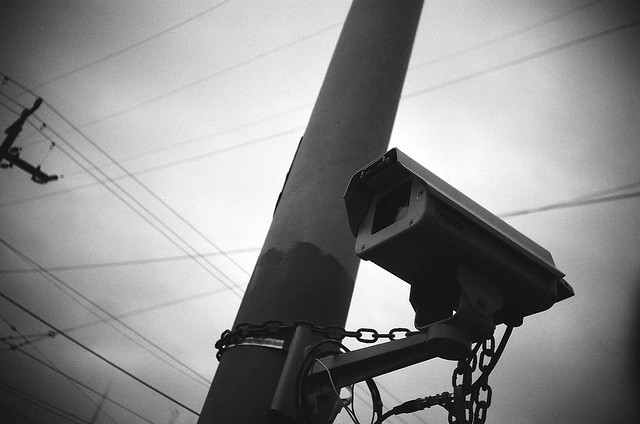 Update August 26: Add WSAV to the list of news organizations covering the Ridgeland traffic cam issue. Check out the video below.

Update August 25: If you follow us on Twitter (if you don't you can do so by clicking here) you saw that we reposted a tweet from S.C. Sen. Larry Grooms who attacked the legality of the Ridgeland traffic camera system.

"Rep. Rutherford and I championed a new law to make “photo radar enforcement illegal”. Too bad the Town of Ridgeland’s police are breaking the law."

The Island Packet has followed up with Grooms, chairman of the Senate Transportation Committee, on his opposition to the camera system. It's a very interesting read. Check it out here.

The Ridgeland issue even has made it to a national blog site that only deals with the politics of transportation issues.

Check out the story in TheNewspaper.com here.

Update August 19: The Jasper County Sun followed up on the issue of the legality of the system and reports a rather unfavorable legal environment surrounding the system. Seems like they've got their work cut out for them getting South Carolin legislators on their side.

If you speed, you just became a lot more likely to get a ticket in a stretch of eight miles of I-95.

The Town of Ridgeland is starting up their camera-driven traffic monitoring program, and if they clock you going more than 10 mph over the speed limit, you could soon get a ticket in the mail. And officials aren't too worried about a new South Carolina law that seems to thwart what they're trying to do.

WTOC has a nice profile of the new system and has a video about it, while The Island Packet has some information about the state law that seems in opposition.

Love the bit about snapping the shot of the woman going 85 MPH while putting on makeup. Imagine it won't be too long before a disgruntled ticket receiver challenges this one in court.

Multiple injuries in I-95 wreck with a three mile backup