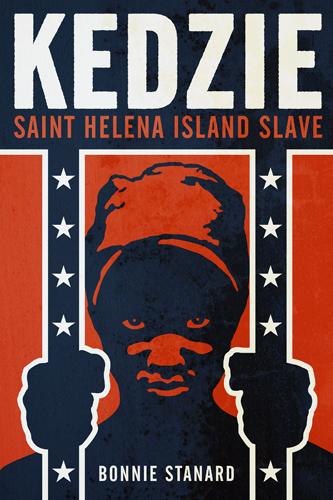 St. Helena Island slaves speak English, but African drums still throb in their veins; they hear the whispers of their ancestors. From this arises a girl of unusual strength, whose pampered life ends when her kindly mistress dies, and she moves to a shanty in the quarters. Kedzie soon learns that the punishing fields aren’t nearly as grim as her master’s abuse. Enter Rio, a young man without a family and at a loss for a heritage. He loves Kedzie, but he can’t rescue her. Kedzie alone can save herself. This is the story of how she fights to avoid her fate.

A work of historical fiction ten years in the birthing, KEDZIE is Bonnie Rawls Stanard’s debut book, with a companion novel due out summer 2012. Born and raised in rural South Carolina, Stanard’s interest in the conditions and fate of South Carolina slaves grew out of her family’s experience in working the land in the early 1900’s when descendants of slaves were struggling to make their way as free men and women. Thoroughly researched, Kedzie, while fiction, is historically based and tells the story of what could have been thousands of young slaves girls in the years leading up to the war.

In addition to historical fiction, Stanard writes poetry and short stories which have been published in journals such as Harpur Palate, The Griffin, Slipstream, Eclipse, The Connecticut Review, and The South Carolina Review. She has edited periodicals in Brussels, Belgium (Rendez-vous), Richmond (Fanfare), and rural South Carolina (FairView News). This is her first published novel. She has three adult sons and five grandchildren and lives in Columbia, South Carolina, with her husband Douglas Stanard.

If you cannot make the signing, you can reserve a personalized copy of Kedzie by contacting McIntosh Book Shoppe in advance at 843-524-1119 or email dstanard@sc.rr.com.