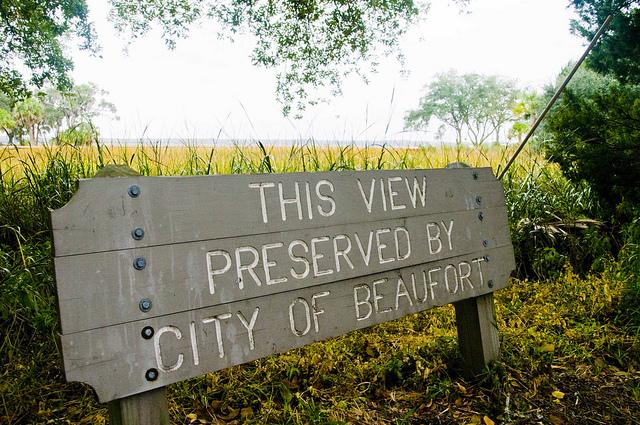 The City of Beaufort is looking to better position its public open land to spaces that are more likely to be used by the public.

How does one move property? By selling the underutilized land and using the dollars to buy new property.

Among the properties is a potential home site on Ribaut Road that reaches to the Beaufort River.

"We are at the point now where we know we own some properties that are under utilized by the public, expensive to maintain and don't fit in to our projected future needs. We know we need some additional parcels to provide and improve parklands and open space for our residents and the community at large," Beaufort Mayor Billy Keyserling said.

The Beaufort County Open Land Trust and the Beaufort Planning and Parks Departments have been reviewing the city's open space and parks since April 2010.

The Beaufort Redevelopment Commission this week is advertising for a real estate firm to assess property values for sale and will later assess yet to be disclosed parcels for improvement and purchase.

Expertise in commercial property valuations, and marketing with experience in potentially complex trades and swaps also will be weighted heavily in the selection, according to the RFP. Responses are due to City Manager Scott Dadson by noon on June 8.

Revenues from the sales will go toward buying property for parks that is in better locations or provides other benefits, such as linking greenways or scenic vistas and making long overdue investment in existing parks needing attention, Dadson said.

"As we begin the serious work on the Boundary Street Redevelopment Corridor, and as the first phase of the Spanish Moss Rail Trail begin, we want to be ready with our open space and park plan," he said.

Parcels considered for sale include (see map below):

(You can see all of the city's open-space land in this PDF.)