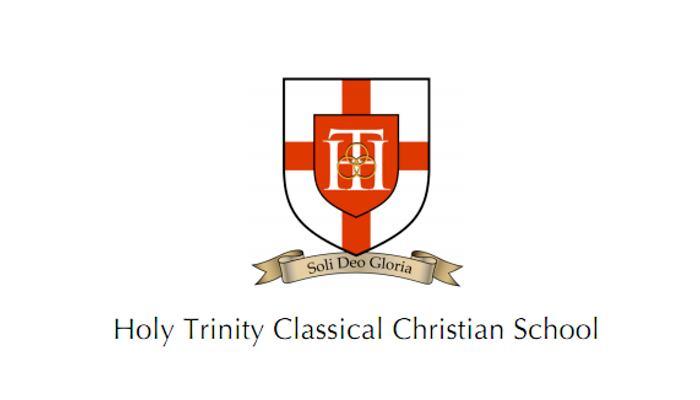 As The Parish Church of St. Helena celebrates its 300th anniversary in 2012, it is also starting a new chapter by announcing the opening Holy Trinity Classical Christian School for grades K-4 in the fall of its tricentennial year.

Rev. Chad Lawrence will be the school's founding headmaster.

According to St. Helena's rector, the Rev. Jeffery Miller, "The school is not being established to be in competition with other schools but rather to serve two purposes: To provide our children in the community with a classical approach to education that takes advantage of their natural stages of learning and development; and, to raise up and equip our youth with such a strong Biblical foundation that they become ambassadors of the Kingdom of God, prepared to defend and advance the apostolic Christian faith to God's glory."

Rev. Miller emphasized that the character of Holy Trinity is not a private school for students but rather an endeavor for the wider community. "We have a shared vision with other educational institutions in the greater Beaufort area to provide the best education for our children and we plan to be in concert and cooperation with them. Our school will be open to anyone whom the Trivium education is appropriate and desired," he said.

Miller explained that the school's "Trivium" education method of teaching is a classical model first used during the Middle Ages. It has three components: grammar, logic, and rhetoric. "The primary objective of the Trivium is to teach students how to learn," he said. "Learning the truth is important, but learning how to learn the truth is even more critical."

Miller said that the Trivium method was used to educate most of America's founding fathers as well as the world's philosophers, scientists and leaders between the 10th and 19th centuries. "What other period can claim so many advances in science, philosophy, art, and literature," he asked?

A Board of Governors has been appointed with the responsibility of protecting the church's vision and mission and setting the school's policies. "Among the numerous logistics involved in establishing a school, this group has also been busy educating the community as to what a Classical Christian School is and the benefits of a Trivium education," Miller said.

Rev. Miller will preside as Chairman of the Board of Governors with Jane Hincher as Vice Chair and Barbara Hathaway as Secretary.

A Board of Trustees was elected by the Board of Governors to oversee the administration of the school. Elected were: Hank Gulbrandsen, President; Karen Kusko, Vice President; Barbara Hathaway, Secretary; and Stellena Mumma, Treasurer. Other members of the board are: Jane Burr, Karen Wolbrink, Katy Jones, Ben Thompson, and Bishop Alden Hathaway. The first task of this Board was the calling of the school's founding headmaster.

"It was so important to find just the right person for this position," president Hank Gulbrandsen said. "In addition to serving as a model of excellence both in and out of the classroom, the headmaster will be the spiritual leader of the student body and faculty. We are so blessed that Rev. Lawrence has accepted this role."

Prior to entering ordained ministry, Rev. Chad E. Lawrence worked as an educator for seven years in Bakersfield, CA where he was named Franklin School Teacher of the Year and received the Kern County Excellence in Teaching Award. After graduating from Trinity School for Ministry in 2009 with Master of Divinity, he and his family moved to Beaufort where Rev. Lawrence has served as a Curate for the Parish Church of St. Helena for the past two years.

Rev. Lawrence, who assumed his role as Headmaster September 1, said that a facilities committee is presently searching to find a location for the school.

"I am greatly honored to be part of the founding of Holy Trinity," Lawrence said. "The Parish Church of St. Helena's history in supporting education in the community is unparalleled. In 1748 ,St. Helena established the first free school in Beaufort. Then in 1801, the church provided 20 acres of land for the establishment of Beaufort College, the old campus of what is now the University of South Carolina Beaufort," he said.

"Now, to be involved in the opening of a new classical Christian school is most exciting. I can think of few more important endeavors than the education of our children. The way children view the world, how they approach life, and even the depth of their character are all influenced by education," he said. "The more I have learned about classical Christian education the more I wish I had been so educated," Lawrence commented.

"The challenge of how to educate children is a daunting task, but we know that our children learn through three phases: K-5 is the learning and memorization phase; by grades 6-8 they become more argumentative and are ready to be taught logic and critical thinking; then grades 9-12 they are more independent in their thinking and yearn to become better communicators," Lawrence said. "The classical methodology 'works with the grain' of how God has created us to learn and grow."

Rev. Lawrence mentioned that one of his most important tasks is the hiring of teachers who will implement the classical teaching methodology. "One key I have learned in my years of education is the importance of a great teaching staff. To that end, we are searching and committed to recruiting the best faculty dedicated to carrying out this classical educational approach so that we will be able to open in September 2012 in honor of The Parish Church of St. Helena's 300th anniversary."﻿﻿